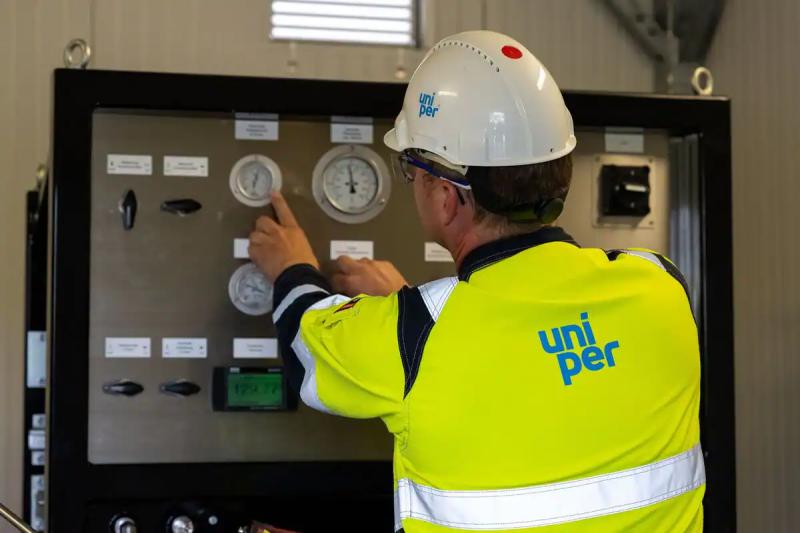 The German state will nationalize the gas giant Uniper, suffocated by Russian gas cuts, announced Wednesday Berlin and the Finnish owner of the company, the public group Fortum.

“The government will take over around 99% of Uniper,” the German economy ministry said in a statement on Wednesday.

“Uniper is a central pillar of Germany's energy supply,” recalls Berlin to justify this radical intervention. The energy company supplies gas to hundreds of German municipalities.

This agreement replaces an initial aid plan unveiled last July, which provided for Berlin to take a 30% stake in this group, which is the largest importer of gas from Germany.

In detail, Germany will buy at a price of 1.70 euros per share, all the shares of Fortum for a total of 500 million euros, according to the document.

Berlin will also proceed to a capital increase of 8 billion euros, the government further indicated.

The agreement finally provides for the reimbursement, by Germany, of an 8 billion euro loan that Fortum granted to its subsidiary.

This “divestment from Uniper is the right step to take, not only for Uniper but also for Fortum”, commented Fortum in a press release.

Uniper, Germany's largest importer and storer of gas, is struck head-on by the drastic reduction in Russian gas deliveries since the war in Ukraine.

The company was the main customer of the Russian group Gazprom in Germany. It must now, to honor its contracts, obtain gas on the spot market where prices have exploded.

In total, the losses incurred amount to “8.5 billion euros” , Fortum said on Wednesday.

The situation worsened when the Russian giant Gazprom temporarily closed its Nord Stream 1 pipeline, the main supplier of Russian gas to Germany, in early September.

Berlin has constantly warned in recent months about the “Lehman Brothers effect” that a Uniper bankruptcy would have on the energy markets.

With regard to importance of Uniper, its downfall would shake the energy market and lead to power shortages for thousands of customers.