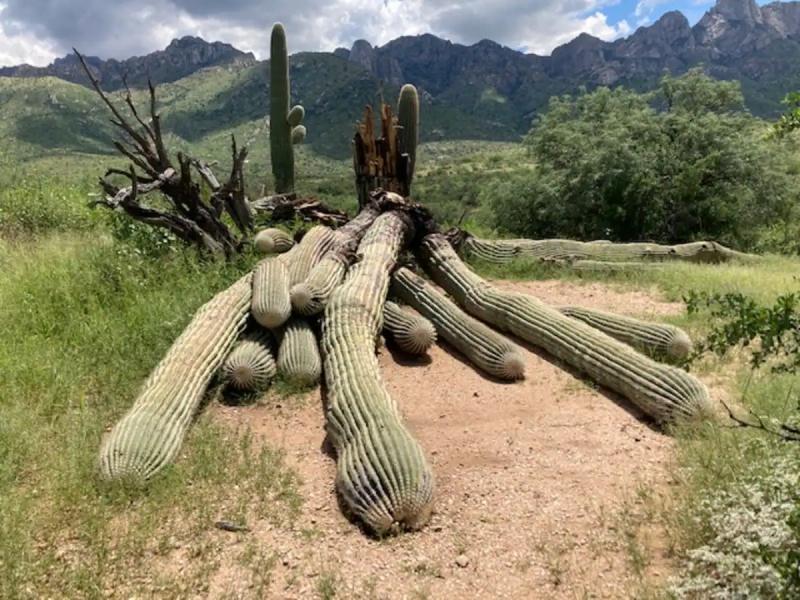 A cactus that had been growing for two centuries in a park in the Southwestern United States was torn from its trunk by heavy rains in the region, state park officials said Monday of Arizona.

“Powerful seasonal rains can quickly impact the desert landscape. The loss of this huge and iconic (type) Saguaro cactus some 200 years old … in Catalina State Park near Tucson, is a change that regular visitors to the park cannot miss,” explained Arizona State Parks on their Facebook page.

A photo accompanying the publication shows the Saguaro, and its multiple arms, lying on the ground, its torn trunk.

The Saguaro cactus can reach more than 10 meters and, waterlogged, weigh more than two tons. The plant, which grows between the United States and Mexico, has become a mythical symbol of the American West and particularly of the desert landscapes of Arizona.

“Fortunately , this giant fell off the trail and will remain where it landed, providing habitat and food for many creatures while it decays,” Arizona State Parks said.