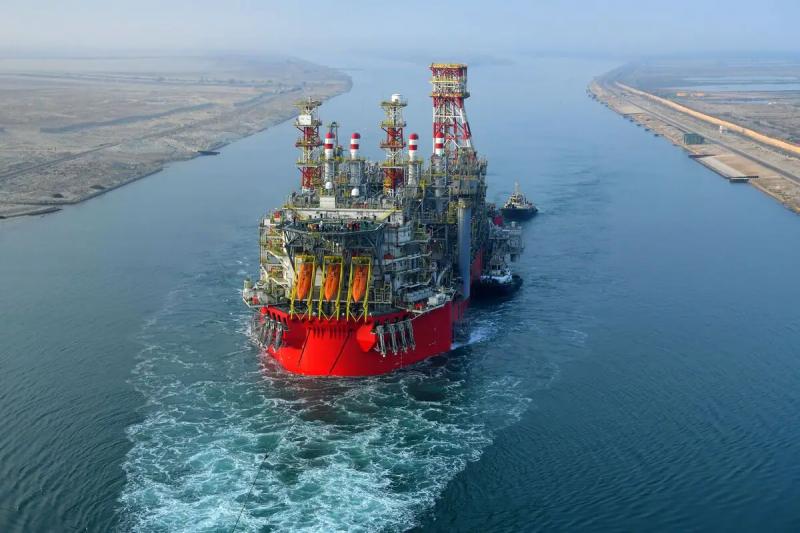 A giant oil tanker blocked the Suez Canal some 20 minutes late Wednesday evening, raising fears of a disruption to maritime traffic similar to that caused by an incident in early 2021, the Suez Canal Authority has announced (SCA).

The oil tanker Affinity V ran aground in the Suez Canal for twenty minutes, a security source told AFP.

The canal is one of the busiest shipping routes in world trade.

The 64,000-ton tanker “has been successfully refloated,” the SCA announced, adding that it had mobilized the “canal rescue services in an operation that involved more than five towing vehicles”.

According to the specialized site Vessel Finder, the Singaporean-flagged tanker is 250 meters long and 45 meters wide, and is heading for the Saudi port of Yanbu.

It is the first time that a ship has blocked the strategic canal since the incident caused by the Ever Given, a giant container ship weighing almost 200,000 tons whose bow was embedded in the eastern bank of the canal during a sandstorm in March 2021.

Stuck across, it blocked for several days the traffic route between Europe and Asia, which sees around 10% of world maritime trade pass. The rescue operation lasted six days and claimed the life of an SCA agent.

Egyptian President Abdel Fattah al-Sissi approved a project in May to widen and further deepen the southern part of the channel in which the ship was stuck.

According to the SCA, Egypt lost between 12 and 15 million dollars per day of closure while insurers estimated billions of dollars loss per day for global maritime trade.

The Suez Canal announced in July a record profit of $7 billion in the staggered 2021-2022 fiscal year, after repeatedly raising tariffs ship transit.