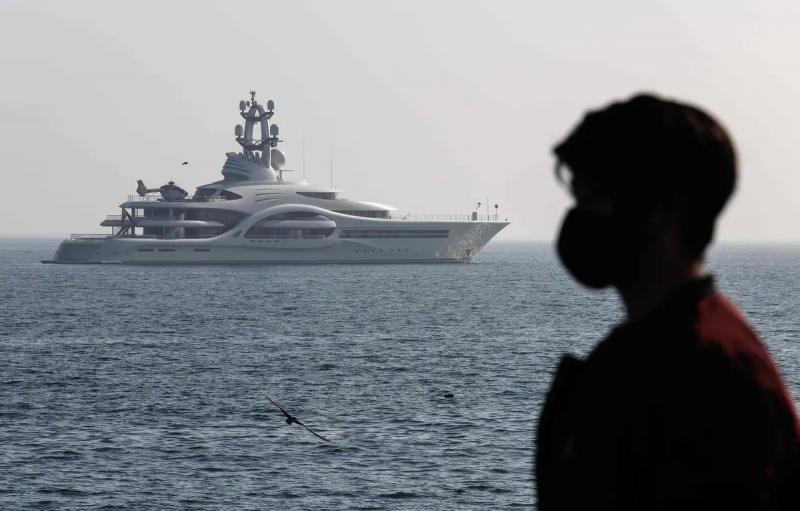 Seized in Gibraltar, the yacht of Russian oligarch Dimitri Pumpianski, targeted by British sanctions following the Russian invasion of Ukraine, has received 63 offers at auction, announced a court of this British enclave.

“63 bids have been received,” said the maritime judicial authority (Admiralty Marshal), who “will select the winner, but the latter and the value of the The offer will be confidential,” the statement continued, adding that the sale could be completed “in approximately 10 to 14 days.”

The Axioma, seized in March, is a luxury 72-meter yacht flying the flag of Maltese, capable of accommodating 12 passengers and 20 crew members, according to the judicial authority.

The auction does not include the bottles from the bar, whose total value is estimated at more than 150,000 euros.

This vessel had been seized by the authorities of this small territory located in the far south of Spain after a complaint filed by the American bank JP Morgan.

This bank had granted in December a loan of 20.5 million euros to a company registered in the British Virgin Islands, whose l shareholder was a Cypriot company, itself owned by Dimitri Pumpianski.

JP Morgan considers that the placement of the oligarch on the list of Russian personalities targeted by British sanctions constitutes a breach of this loan agreement. The sanctions lead in particular to a freezing of the assets of the businessmen concerned, jeopardizing the repayment of the debts.

The bank had therefore appealed to the authorities of Gibraltar to seize the yacht, which had been registered as one of the security for the loan.

The proceeds of the auction will go to the Supreme Court of Gibraltar, which will then determine “the priority of claims brought by creditors” of the oligarch.

Head of the pipeline giant TMK, Dimitri Pumpianski is also targeted by EU sanctions taken since the Russian invasion of Ukraine.

Several countries, such as Spain, Italy and France, have seized yachts belonging to the wealthiest Russians under EU sanctions that freeze all their assets in the EU.