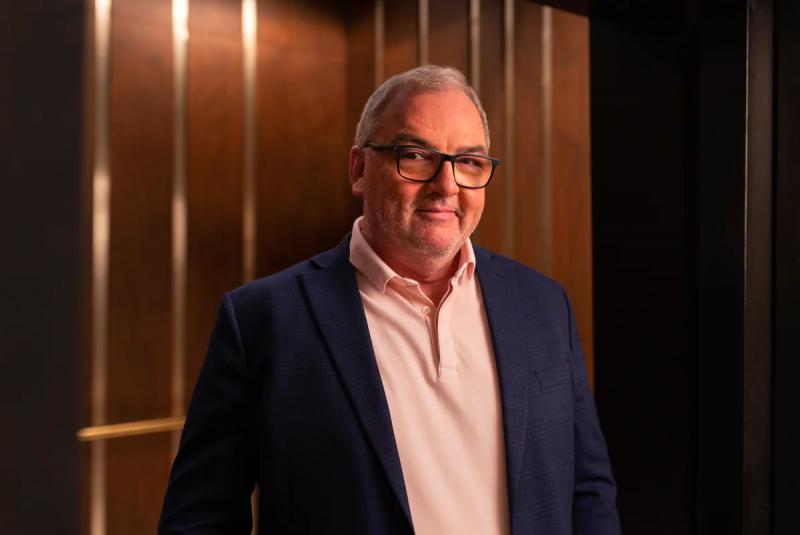 Gildor Roy is still talked about every day about Commander Daniel Chiasson, whom he played in “District 31”. This intense six-season adventure now over, he is ready to move on to another type of daily life, “La Tour”, which favors not detective fiction, but frank and open discussions with its guests.&nbsp ;

“District 31 was a truly fantastic trip, I can't complain about anything. He was a wonderful character and I sure miss him sometimes. Commander Chiasson was “fun” to play as a “tabarnouche”.

It was also a week before the end of filming for “District 31”, last March, that he received a call from producer Carlos Soldevila of Trio Orange. As soon as the latter asked him if he knew that Patrick Huard was going to leave the show, he knew that he was being offered to replace him to “have conversations”, which he particularly appreciates in life.

“Even before he asked me formally, I said to him: 'yes, I'll do it!'” he revealed to the QMI Agency with a big laugh.

All subjects will be welcome at “La Tour”, even the most serious. Gildor Roy will have a starting canvas that does not exclude improvisation.

“As an actor and as a host, the main thing is to know how to listen. It's important to have a plan, but if the guest talks about something else, great if it happens.”

With the election campaign in full swing, it is not excluded that party leaders stop by Gildor Roy's condo. “Political journalists cry when politicians do variety shows, but sometimes we ask them better questions,” he said.

Gildor Roy will settle in his new setting on September 6 to record the first two episodes. Each week, he will shoot two on Tuesday and two more on Thursday, a week before they are broadcast. The piano and the guitar have been placed near the living room to create musical moments, unexpected or not.

The neighbors Hélène and Alexandre

To support him, he thought of having a neighbor. This is how Hélène Bourgeois Leclerc was considered. His former comrade from “District 31” was also from the episode of “La Tour” during which Gildor Roy announced to Patrick Huard that he had “bought” his condo.

“I had never spoken to Patrick Huard. The first time I met him was to tell him that I was replacing him, ”suggested Gildor Roy, who has a lot of experience as a host, including “Caféine”, the former morning show of the late TQS. .

Then, the concept of the neighbor Hélène who often comes around was pushed to the point of having a male counterpart. “I really did not know Alexandre Barrette, who imposed himself as a choice. It clicked between us!”

The other two co-owners of “La Tour” will have their own set, so the show can be filmed at home in whole or in part.

Gildor Roy, who would like to write a book or direct a film, two disciplines that are missing from his CV in nearly 40 years of career, also intends to release a new album, project that will take shape eventually.

“I have a lot of material, the problem is that I don't want to release songs and have no time to promote . We'll see.”

The program “La Tour” will be broadcast Monday to Thursday, at 7:30 p.m., on TVA, starting September 12.