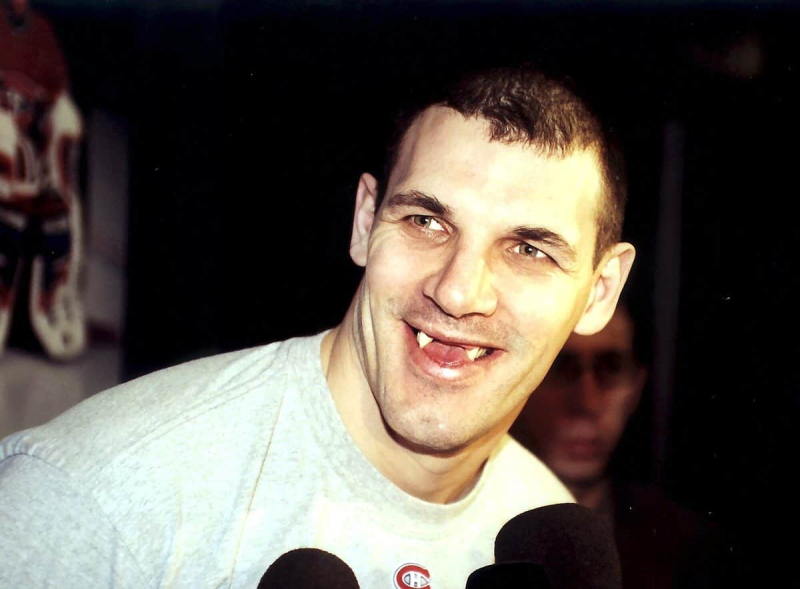 Former hockey player Gino Odjick, who died Sunday at the age of 52, marked many who met him over the years and was an inspiration to young people from of First Nations aspiring to make their place in today's society.

A native of the Kitigan Zibi Anishinabeg Algonquin reserve, near Maniwaki, the former strongman of the Vancouver Canucks and the Montreal Canadiens, among others, has had a long career in hockey, collecting 2,567 penalty minutes in 605 games National League regular season matches split between 1990-91 and 2001-02. Also, Aboriginal athletes who have distinguished themselves in professional sport like Odjick will remain a role model for future generations.

Among those inspired by it, there is defender Ethan Bear, who also experienced a very special evening on Sunday. As news of the former Canucks No. 29's passing passed through the media, the club guard haunted the Carolina Hurricanes by scoring a goal on their back in a 4-3 shootout win at Raleigh . The skater was traded by the “Canes” on October 28 and some would say he got divine help from Odjick.

Because it must be said that the two men had met, at the request of the Quebecer, four days before the transaction shipping Bear to Vancouver. He is from the Ochapowace reserve, located in eastern Saskatchewan, and he was able to learn more about his interlocutor during their interview. As a result, he didn't remain unmoved when one of the equipment managers, Brian Hamilton, informed him of Odjick's death at the end of the game.

“I had eyes somewhat red with tears after that, he admitted to the Sportsnet network. It was really emotional and difficult. […] Everyone knew growing up who Gino Odjick was. He was truly one of the first First Nations players to pave the way for us. When you lose a legend like him, someone who had a huge influence on our communities, it's hard to accept.”

“He was sending me messages to motivate me. If I was doing well or needed to improve, he was there to provide advice. In this league, that's all you ask. Every day you try to progress, but some are more difficult than others. It was good to have someone to supervise you, to encourage you,” he added.

The coincidence between this sad death and Bear's goal is obvious to him. “That's why I was crying. It's like, somehow, I can't do it alone. In this world, everything happens for a specific reason,” he said.

Immense loss for the Canucks

Struggling with a condition medical, cardiac amyloidosis, having mortgaged his life expectancy, Odjick left too young and for many people in the hockey world, he will have made an impression.

“I know that he is t is a sad day for the people of British Columbia and Canucks fans. He was an important part of the club and we will miss him, said head coach Bruce Boudreau after the triumph of his team. We had a great evening here, but it is also a sad time for fans. We have lost a great member of the team, possibly one of the most important, and not because of his goals, but more because of his popularity. He was doing what he had to do. When he played, his job was hard.”