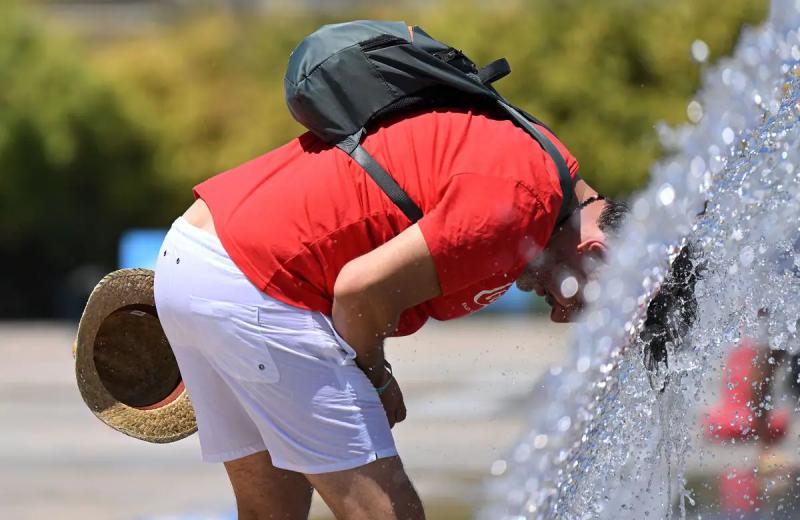 The summer of 2022, which has seen an increase in disasters linked to global warming, has been the hottest on record in Europe, the European climate change agency Copernicus said on Thursday.

Forests on fire, rivers dried up, crops at half mast, heat records shattered. The feeling of Europeans of a hot summer is confirmed by satellite readings, global warming is here and there.

Over the three months of meteorological summer (June-August), temperatures exceeded the 1991-2020 average by 1.34°C, and the previous record, which dated from 2021, by 0.4°C, according to the Copernicus surveys, which is based on satellite data from 1979, but points out that based on other types of surveys the record dates back to 1880.

The five hottest years globally have all been recorded since 2016, and this new record comes as the impacts of climate change are increasingly felt across the globe.

“ The previous record was only a year old,” said Freja Vamborg, scientific manager of the European institute, in the press release.

And to recall the catastrophic consequences of this warming: “Drought and fires in many parts of Europe have affected society and nature in various ways”.

In terms of fires, the 27 European Union countries had set in mid-August a record at this stage of the year since the start of satellite data in 2006, with more than 660,000 hectares burned. Regions usually spared have been affected, such as the mythical Breton forest of Brocéliande in western France.

Drought is affecting many European countries, with dry rivers and restrictions in some localities. The consequences are already being felt on the agricultural sector, raising fears for harvests and possible effects on already high inflation.

Many countries have experienced record heat, with the United Kingdom exceeding for the first time the 40°C.

Scientists have been warning for many years that the consequences of global warming will multiply as average temperatures rise.

The 2015 Paris Agreement, the main treaty in the fight against climate change, sets the goal of keeping the global average warming of the atmosphere “well below” 2°C and if possible 1.5°C compared to the pre-industrial era, when large-scale emissions of greenhouse gases began greenhouse, responsible for global warming.

But this warming has already reached 1.2°C, and the current commitments of States in terms of reducing emissions, according to UN experts, put the world on the trajectory of a “catastrophic” warming of 2.7°C. .

The consequences of global warming have not only hit Europe, and the summer of 2022 has materialized as never before the reality of global warming for billions of people, with deadly floods in Pakistan, or torrential rains in the United States. China has also been hit by heat waves and drought.

But if the theme of global warming has imposed itself in public and political debate, the energy crisis that is shaking the world also raises fears of a new race towards fossil fuels, the main source of global warming.

The new British Prime Minister Liz Truss thus announced on Thursday an all-out drilling policy with a relaunch of hydraulic fracturing and a review of the trajectory towards carbon neutral.