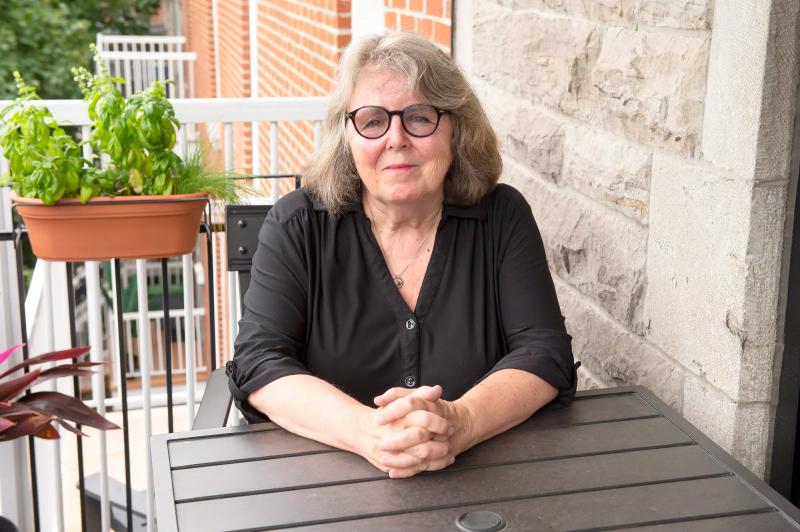 The talented Maureen Martineau, who won over more and more readers with her original novels like The Matchstick City and Zec La Croche, offers this fall an incursion into a dark episode in Canadian history. In his new novel, The Children of Godmann, its heroine, Judith Allison, will have to lift the veil on the mystery surrounding the death of a former psychiatrist. The traumas associated with the Provincial Training School, where children with mental disabilities received care under his leadership in the 1960s, resurface.

In February 2020, members of the nursing staff at the Hull hospital discovered that the remains of a patient, Dr. Godmann, had been castrated. The contempt of the corpse does not attract much attention, especially since there is a strike by the Quebec Health Federation. Mandatory overtime has exhausted the nursing staff and in a few weeks the first wave of COVID-19 will hit, adding to the general chaos.

Judith Allison must investigate an event that occurred hours before the death of the former psychiatrist. How come Dr. Godmann was visited by a group of former residents of the Provincial Training School?

She will come up against one of the darkest parts of Canadian medical history. It turns out that Alberta, like several other Canadian provinces, had a eugenics committee that basically judged the value of human life.

For this fifth investigation by Judith Allison, Maureen Martineau wanted to write another novel that took place in the Outaouais region.

“At the same time, it has been bothering me for years, the health system. We weren't in a pandemic yet when I chose my subject. The pandemic arrived and I decided to search this. The main action is happening today. »

She looked at a type of crime called nursing crime, a theme explored more by the authors of Anglophone thrillers, where the criminals work in the health care system.

During a previous project, Maureen Martineau had already become interested in the eugenics movement, a set of practices and beliefs related to the control of reproduction which was very present in the United States in the 1930s. forced sex.

“They attacked a lot, among others, of Aboriginal people, immigrants, people with disabilities, even criminals, thieves, prostitutes,” she explains.

“I asked myself: and in Canada, did that happen? I discovered with astonishment that there was a very strong movement in Alberta from 1928 to 1972. There was an enormous amount of sexual sterilization in the institutions that housed disabled people, people who were claimed to have disabilities intellectual.

“It was often poor people, people who had physical differences. At that time, like us with the children of Duplessis, a lot of people were locked up because of erroneous diagnoses. »

She went there to do some research.

“It was super interesting. I was able to meet survivors of that time, employees who had worked in large institutions like the Michener Center in Red Deer, and even doctors. It gave me good material to build my story. This is such a little-known page in Canadian history! »

♦ Maureen Martineau is originally from the Outaouais.

♦ She has published several crime novels, including The Promised Child (The Short Scale, 2013), winner of the Arthur-Ellis Prize and Zec La Croche< /em>(Heliotrope 2020) which will soon be adapted into a TV series.

“Hanna is waving the broom in all directions to drive away the hordes of magpies that have spread the garbage cans in the courtyard. If we gave her wings, she would gladly follow the flock of birds and lose herself in the patchwork of fields. She would like to disappear between the rows of corn. Wait there, let them come and mow it with the threshing machine and serve it as food for the animals. This is his dream of the day. Because this Monday is to be forgotten. This is the date we have chosen to have her appear before the eugenics committee, which will deliver her dreaded verdict. Is she stupid, or not? The cleaver will fall in the late afternoon. »