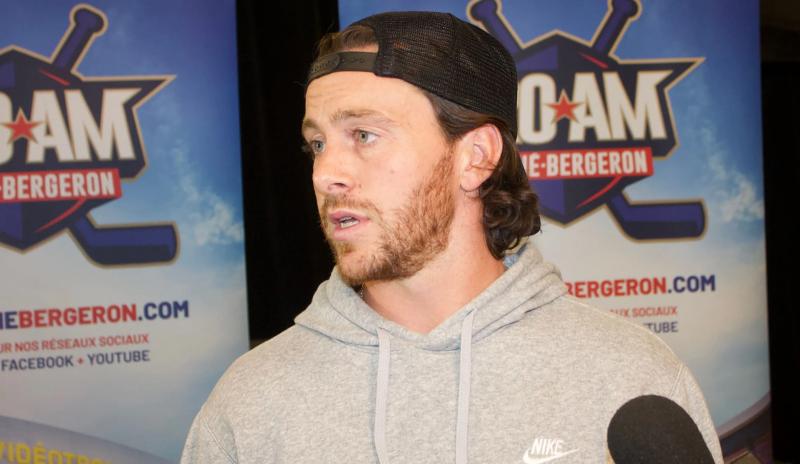 The recent declarations of Max Pacioretty, who skinned his former organization, the Golden Knights of Vegas, by evoking a lack of accountability of the players, made react his former teammates present at the Pro-Am Gagné- Bergeron, Tuesday at the Videotron Centre.

Jack Eichel hesitated a little, when questioned by the journalists. The star center for the Golden Knights initially said Pacioretty's comments were taken out of context, before providing further details.

“I think his statement was not interpreted correctly, said Eichel. I know Max and he was a leader of our team. I don't think he meant there was no accountability. I think sometimes when you play in a place like Vegas, you can lose track of the season a bit. The feeling is different there. I believe we all need to be accountable in the chamber.”

“If you don't win the Stanley Cup, there are always things to improve,” he continued.

For his part, Jonathan Marchessault also said that the words of the former captain of the Canadiens were taken out of context, in addition to pointing out that he kept a good relationship with Pacioretty.

It's a shame, according to Fleury

Goalkeeper Marc-André Fleury, who took part in the Golden Knights' first season in 2017, weighed his words, in addition to hesitating for a few seconds, before delivering his comments.

“When I was there, my goal was to finish with the victory, suggested Fleury […]. It is surely a coincidence that this happened after my departure. It's a very good team, they have a lot of good players. It's a bit of a shame to see how the team turned out.

“There are several big names who were there at the start and left. The chemistry was really good and everyone worked for each other. [But] every season they let three or four guys go.”