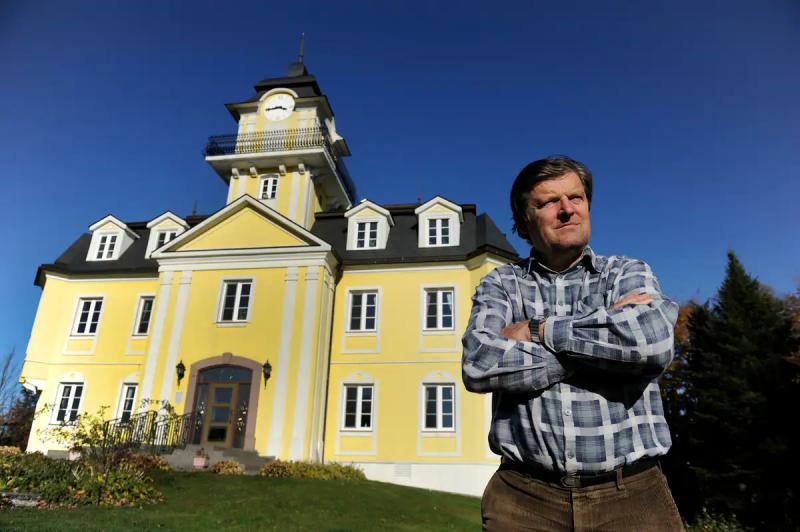 Marian Stastny turns the page on a chapter in her life with the formalization of the sale of her golf course and her hotel in the Saint-Nicolas sector in Lévis, for $6.2M< /p>

After a first transaction which had stalled in 2019 and in the face of his declining health, the sale of Golf Stastny represents a heavy weight off the shoulders of the former glory of the Nordiques and his wife.

“That's for sure. We have been tested enormously for four years with the disease and all the rest”, briefly confided to the Journal Eva Malinovska on Friday.

Marian Stastny, 69, has suffered from Parkinson's disease for several years. “My state of health no longer allows me to devote myself to professional activities […] but I remain positive and happy to see my business project continued by the new buyer who is discovering this beautiful country and my adopted region. “Said in a press release the ex-hockey player, who will also be able to continue to live in the accommodation he occupied in the hotel.

“It was important for us, it's fine be easier,” explains his spouse.

The new buyer is a businessman also of Slovak origin, Miroslav Kot. He is behind an investment fund, the HardWood fund, which works to develop networks of veterinary clinics in Slovakia and the Czech Republic and he is also a former employee of the multinational Veolia.

Also chairman of the Board of Directors of the Franco-Slovak Chamber of Commerce, he presents himself as a golf enthusiast with experience with “course development and management” in Slovakia.

“Our goal is to bring Golf Stastny back to life so that it once again becomes a benchmark in the region. This magnificent course needs investments to improve the quality of the course, renovate the common areas as well as to replace the maintenance equipment and most of the accessories”, indicates the buyer in a press release, adding that he also wants to “renovate and increase the capacity of the hotel and the restaurant”.

According to the notarial deed, the acquisition was made by a Quebec company made up of Eskom shareholders, a company owned by Mr. Kot and Geomatix. Both companies are based in Slovakia.

The transaction closed for $6.2M. The land of nearly one million square meters, or approximately 95 hectares, and the buildings on it are valued at $4.2 million on the assessment roll of the city of Lévis.

Marian Stastny attempted a first sale in 2018, but the transaction never went through due to litigation in the courts.

An offer to purchase from businessman Daniel Proulx had been accepted by the Stastny clan, but a third party, Groupe Beaudet, claimed to have previously concluded an agreement with the owners for the management of the golf course, an agreement which included a call option. Mr. Proulx had chosen to withdraw his marbles from the table as he was not interested in inheriting the dispute.

This first sale had been announced at $5.75M.