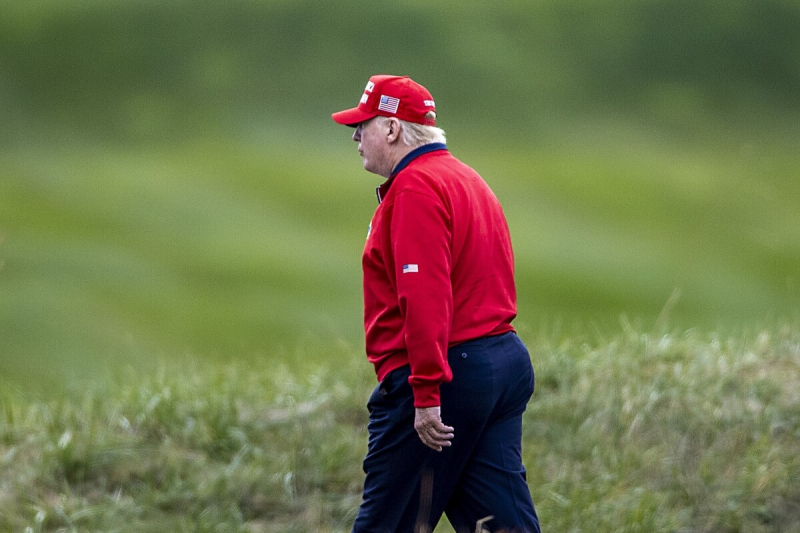 Former United States President Donald Trump on Monday urged golfers to “take the money” offered by the dissident LIV circuit, partly funded by Saudi Arabia, when several players would be about to join him.

Trump, who is hosting two LIV events this year on grounds he owns, said players shouldn't hesitate to drop out of the PGA Tour, which he has deemed 'unfair' on the social network he founded , Truth Social.

“All golfers who remain 'loyal' to the very disloyal PGA (…) will pay dearly when the inevitable MERGER with the LIV occurs, and you will have nothing a big 'thank you' from the PGA executives who make millions of dollars a year,” Trump wrote.

“If you don't want to take the money now, you won't get anything when the merger happens except to tell you how smart the early signers were,” he added.

The former President of the United States concluded his message by congratulating Cameron Smith, who recently won the British Open.

The Australian is among the list of players who would be ready to sign a contract with LIV Golf, which has already convinced some big names in the sport in exchange for huge contracts, which would reach several hundred million dollars.

Several human rights associations criticized the new circuit, which exists only to restore the international image of Saudi Arabia according to them, a phenomenon known as “sportswashing”.

Besides Smith, the LIV would be on the to attract Swedish star Henrik Stenson, who could lose his Ryder Cup captaincy if he joins the dissident circuit.

The Trump National Golf Club in Bedminster, New Jersey (USA) is set to host a Breakout Tour competition July 29-31, while another tournament is scheduled to take place at the Trump National course in Doral (Florida) , October 27-30.

In an open letter to Donald Trump on Sunday, the 9/11 Justice group, an association of families of victims of the September 11 attacks, asked the former president of the United States to cut its ties with the LIV.

“We just don't understand how you can accept money from the Kingdom of Saudi Arabia Golf Tour in order to host their tournament on your land,” the association wrote in its letter.

“It is difficult for us to express the extreme pain, frustration and anger that this event in Bedminster is causing within our community. … It is incomprehensible, in our view, that a former President of the United States should set ours aside for f financial.”