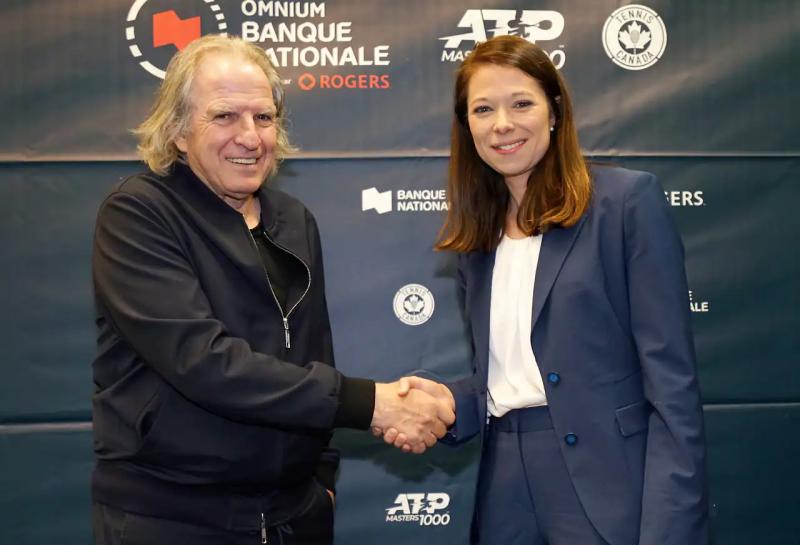 On Wednesday evening, when my colleague at the Journal de Montréal Jessica Lapinski announced the departure of Eugene Lapierre at the direction of the Omnium Banque Nationale de Montréal – presented by Rogers – I was saddened, but at the same time, I was happy with the appointment of his successor, Valérie Tétreault, who also becomes the main spokesperson for the tennis in Quebec.

Eugène Lapierre was very moved when he reached out to congratulate the new director of the National Bank Open of Montreal, Valérie Tétreault, who has worked under him since 2011 .

The man who devoted more than 20 years of his life to the Open National Bank of Montreal tournament, Eugène Lapierre, is accompanied by Valérie Tétreault and Marc-Antoine Farly, communications advisor and media relations.

Tennis Canada President and CEO Michael Downey and Peter Kruyt, Chairman of the Board, paid tribute to Eugène Lapierre for his exceptional work and congratulated Valérie Tétreault on her appointment. .