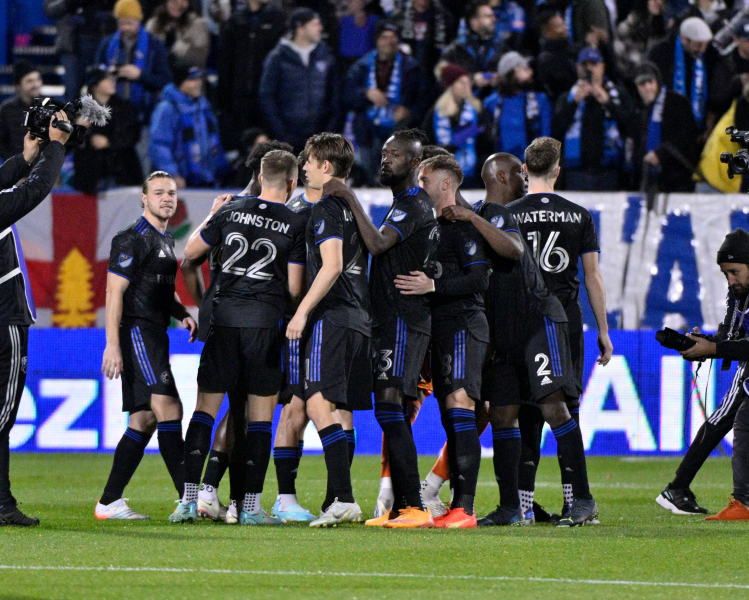 CF Montreal's playoff adventure got off to a good start with a 2-0 win over Orlando City SC. Even if it wasn't an extraordinary match, the result was still there for Wilfried Nancy's men, who were able to get into the action quickly.

All likewise, there are several points to discuss. First, CF Montreal scored their first goal on their first shot. There were also the two penalties which were not awarded, following strong actions on Ismaël Koné and Lassi Lappalainen. Besides, I was extremely surprised by the fact that the referee did not even review the action on video replay.

The fault on Koné, for me, it had to be a penalty, and if CF Montreal had been able to materialize it, the pressure would have dropped instantly. The Montreal squad seemed nervous at the start of the game, and that's completely normal. The club had a superb season and wanted to continue in this direction.

But in the end the referee did not grant these opportunities.

For its part, the Florida formation had two great chances to move the strings, but it was slowed down by the inability of its players to put the ball in the back of the net. This saved CF Montreal.

The latter also had its chances, including that of Lappalainen, but the latter simply did not attack the ball with enough intensity. However, the performance of the Montreal eleven was not as usual and, despite the opportunities, the shots on goal were not there.

The Montreal squad got us used to better than that. Of course, the stress and expectations that we have of this team weighed in the balance, but CF Montreal was clearly the best team on the field by being much more stable, both offensively and defensively.

< p>Even though Koné's goal came later in the game, I had no doubt that CF Montreal was going to win the game. And besides, I think the one who deserved this goal the most is the one who scored it, while Koné played a superb match.

Koné got his reward

The 20-year-old was clearly the most involved offensively. He tried to create a lot of things, build attacks and finish them. He is a player who really deserves what is happening to him. He got his reward with the winning goal of the game.

Plus, he had the advantage of being young and being a bit lighter in his head, in the sense that the pressure might not be completely on his shoulders. In a situation like that, it can help, because he was able to play a little more freely. He has shown his talent and this performance will certainly help him in his candidacy for the Canadian national team and perhaps to secure an appearance at the World Cup, which will begin at the end of November.

In this game against Orlando, we saw the importance of finishing at the top of the Eastern Conference standings, since it gives the opportunity to face a team that was, in my opinion , rather weak. Even if the opportunities were there in the first half, it was a team that did not necessarily have the resources to come back from behind. His behavior did not change even after the goal conceded. That says it all.

In the end, it was a performance we weren't used to. But, it was the perfect opponent and match to start the playoffs.