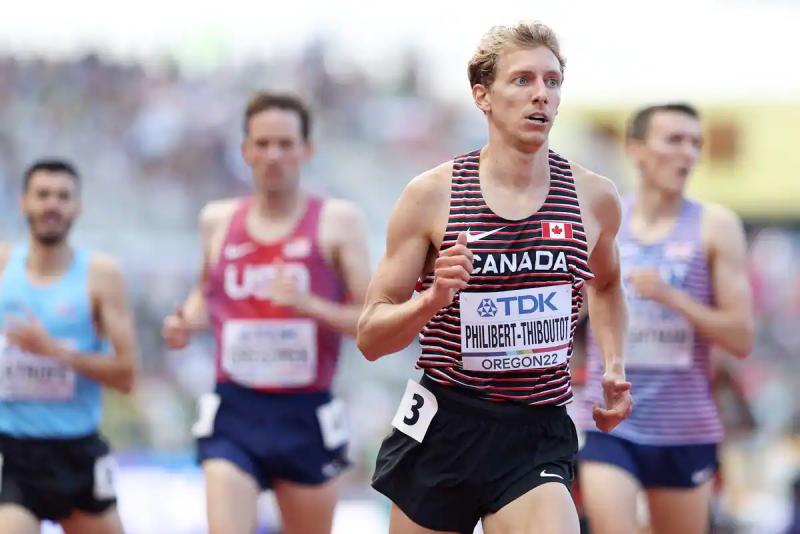 Three Quebec runners have reached a first milestone in the hope of qualifying for the 2023 world athletics championships by climbing the podium of the continental championship (NACAC) which ended on Sunday in the Bahamas .

Félix-Antoine Lapointe was happy with the performance of his flock.

Less known than his teammates, Fafard has once again found a way to stand out in a competition of importance.

“Thomas' second place is beyond expectations,” said Lapointe. I wouldn't have been disappointed if he had finished fourth or fifth depending on which race he did. He has made great progress this year. His second place in the nationals over 5000 m behind Charles and his result in the Bahamas show that he is capable of holding his own during the big meetings. »

After a season with the Université Laval Rouge et Or, Fafard will not be back on the school benches in September and will focus on his career as an athlete.

For his part, Desgagnés came back strong after a more difficult performance at the worlds in Oregon.

“ In his first experience, Jean-Simon had a difficult worlds, underlined Lapointe. He didn't have a great run and that's why I'm happy he's ending his season on a high note. He realized that he still has work
to do. ”

“His work will determine if he will only be an extra in Bulgaria next year or if he can compete, continues Lapointe. He is still young at 23 and has plenty of room for improvement. »

Unlike his two teammates whose season is over and who are taking a two-week break before resuming training, Philibert-Thiboutot will fly to Europe where a continental event awaits him on August 30 in Lucerne. A second awaits him in Germany on September 4 where he finds himself on the waiting list or in Italy depending on his performance in Switzerland.

“ Charles led the majority of the race and his third place in the sprint with three Americans is a bit heartbreaking, explained Lapointe. His basic objective was to finish on the podium and he was aiming for victory. His time is not exceptional, but it is correct (3 min 37 s). His time and his medal mean that his performance will be selected among his five best to establish his world ranking.

Lapointe and his protege will use the same strategy as this year in order to obtain his ticket to Budapest, and that's why he will be in action in Europe.

“We want to reduce the physical and mental stress of having to put together five good performances next summer, explained the 'coach. If he can put in another good performance or two at the end of the season, he will be able to train well between races next year and thus reduce the risk of injury. ”