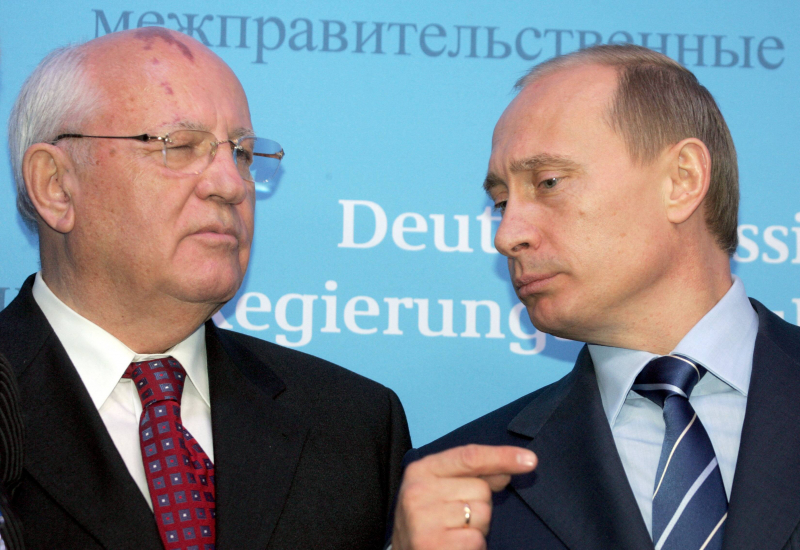 In more than 20 years in power of Vladimir Putin, his relations with Mikhail Gorbachev have oscillated between marks of esteem and mutual reproaches, before giving way to a cordial indifference tinged with respect.

As a symbol of this complex relationship, the death on Tuesday of Gorbachev, the Soviet Union's gravedigger and Nobel Peace Prize winner, came as Mr. Putin, nostalgic for the USSR and former KGB agent, leads a military campaign in Ukraine.

Gorbachev had “a great influence on the evolution of world history,” Putin acknowledged Wednesday in a message of condolence to the family of the last Soviet leader.< /p>

“He guided our country through a period of complex and dramatic changes and great challenges,” Mr. Putin said soberly, as Western leaders vied with each other in superlatives to describe Gorbachev.

This tribute lip service illustrates the gap between the image of Gorbachev in the West, where he is seen as a world peacemaker, and that he has in Russia, where the end of the USSR remains a trauma for many .

Mr. Putin himself called the collapse of the Soviet Union “the greatest geopolitical catastrophe of the 20th century”.

“Mr. Putin is intelligent, serious, reserved, well organized: I like people like that,” declared Mikhail Gorbachev in March 2000.

Admittedly, Vladimir Putin showed authority, and showed himself determined to bring the unstable Russian republic of Chechnya to heel “regardless of the number of deaths”, but he was “guided by the interests of Russia”, had declared Gorbachev.

“Those who fear Putin's authoritarian excesses are wrong”, he affirmed again, in November 2006, considering that if the master of the Kremlin was not “an exemplary democrat”, it was necessary take into account the catastrophic state of the country he had inherited.

For his 75th birthday in March of the same year, Mr. Putin had given him credit for a place among the “leaders who have marked contemporary history”, in particular for having enabled Russia to take “a decisive step towards democracy.”

“The spaces of freedom have shrunk”, and the omnipresent United Russia ruling party has become “the worst copy of the Communist Party that one can imagine”, castigated Mikhail Gorbachev in 2008.

At the end of 2011, Mr. Gorbachev had confided, in the independent newspaper Novaya Gazeta, of which he was co-owner, his “shame” for having supported M Putin when he came to power.

“We are used to everything being decided in advance, but we still have the ambition of democracy”, had launched the Nobel Prize at the time peace 1990.

Shortly after, Mr. Putin recalled with irony, in front of the cameras, that twenty years earlier Mr. Gorbachev had “signed, in a way, his abdication”, after an aborted putsch in August 1991 which had sounded the death knell of the Soviet Union. .

In an interview with the American press in 2012, Mr. Gorbachev described Mr. Putin as “very susceptible (…) bad and resentful, which is unacceptable for a leader of this level” .

But after years of a roller-coaster relationship, a certain mutual respect had developed. Without criticism, but also without strong praise, relations have remained cautiously distant.

In 2014, Gorbachev thus welcomed the annexation of the Ukrainian peninsula of Crimea by Russia, considering that a “mistake” of History has been “corrected”. This support had earned him, in 2016, to be banned from entering Ukraine.

Before the re-election in 2018 of the master of the Kremlin for a fourth term, Gorbachev considered, as if resigned, that “society is now in favor of Vladimir Putin remaining president”.