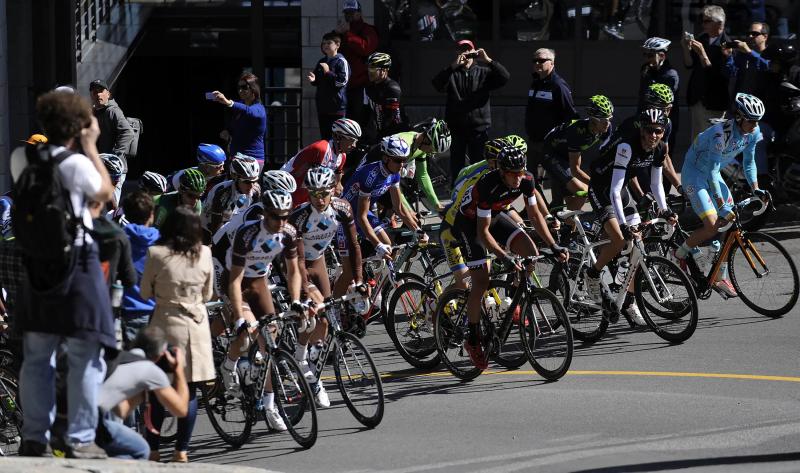 After two years of absence and uncertainty, the Grands Prix Cyclistes de Québec and Montréal will be back next September with an organizer who now has a WorldTour license for a third race, but also a possible announcement concerning the 2026 UCI road world championships in metropolitan France.

A little scalded by all the unforeseen events related to the world of events, Sébastien Arsenault still had some good news to announce less than two months before the events.

Since 2019, the transfer of powers has been completed at the direction of the GPCQM and the Marathon Beneva de Montréal.

The father and founder, Serge Arsenault, will however not be far away.

The Cycling Grands Prix will therefore be back on September 9 and 11, despite a drop in public investment and a significant increase in costs.

Air transport, safety, the various services and even the shortage of cars represent a headache that gives headaches.

The loss of partner Air Transat is also one of the pitfalls to overcome.

“You have the impression of driving without know where is the arrival with the pandemic for an entrepreneur. I was afraid of losing the main core of my employees, through demotivation, mental fatigue, but they are there for the right reasons,” explains the CEO of Events.

According to him, it may take a few years to regain some balance. However, from a purely sporting point of view, the sky is much clearer.

Besides the Tour of the United Arab Emirates, the Grands Prix Cyclistes de Québec and Montréal will be the only two WorldTour races outside Europe this year. Elsewhere, California and Australia have given up.

“Teams and riders can't wait to get back here. They make it a priority. The guys want to win here. We are exploring other avenues with different carriers. We had VIP treatment and we try to keep the same level. It was our signature. I have high hopes of succeeding,” adds Mr. Arsenault.

The idea of ​​a third event has often been mentioned in the past but the granting of a license by the UCI is very real. However, we will have to wait until 2024. Estrie, Outaouais and even the Charlevoix region are in the plans.

In a periphery of two to three hours by road, the organizer does not close the door to a race in the United States but Quebec will take priority. For Quebec and Montreal, the licenses have been renewed until 2025 inclusively.

“The UCI accepted. I don't want a third race below the other two. It takes a year and a half of work and the biggest remains to be done, namely the financing and the location. Technically, it is on the calendar for 2024”, says Sébastien Arsenault.

Montreal still wants to organize the Road World Championships UCI 2026 and the context seems favorable. The government of Quebec is being dragged but the communication is good.

Logically, an announcement could take place before mid-September since the site for 2027 will be confirmed by October .

“This is an ambitious dossier. We will make an announcement soon. I'm waiting for one of the public partners and that can't go beyond the cycling Grands Prix.”