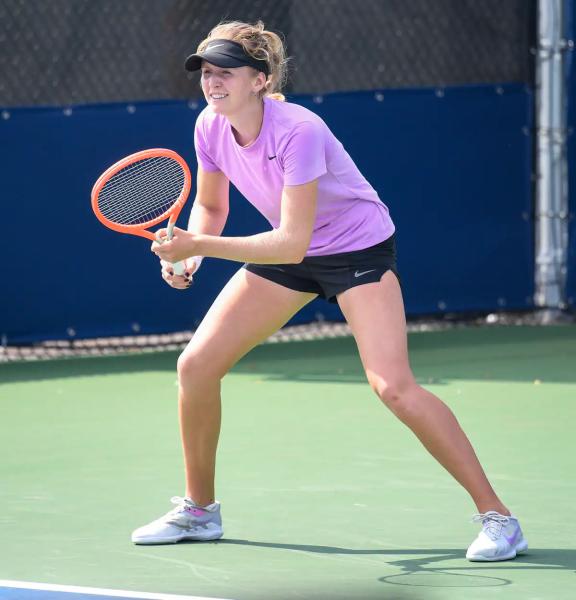 After two hard-fought sets, Katherine Sebov completely dominated the final set to defeat Chinese Xinyu Wang 3-6, 6-4 and 6-0, Sunday in the first round of the National Bank Championships, in Granby .

Sebov, 304th in the world, took advantage of three of her five break points in the last engagement, while resisting the three she had to face. In total, the Canadian saved 11 out of 15 break points against an opponent much higher ranked than her, in 89th place.

Sebov will now face the winner of a duel in the second round. between the Australian Daria Saville (72nd) and the Slovak Anna Karolina Schmiedlova (119th), later on Sunday afternoon.

By virtue of their respective victories in the second qualifying round, Canadians Marina Stakusic, Kayla Cross and Cadence Brace will be in the main draw of the WTA 250 Series tournament.

At 636th in the world rankings, Stakucic is the highest ranked of the three. She worked hard, but she defeated New Zealander Erin Routliffe in straight sets 6-2, 6-7(4), 6-1. She now has an appointment with Jaimee Fourlis (119th) in the first round.

The two women will face Kaja Juvan (67th) and Anna Bondar (55th) respectively. Rebecca Marino (113th) and Victoria Mboko will be the other two Canadians in action and they will face each other from the start.