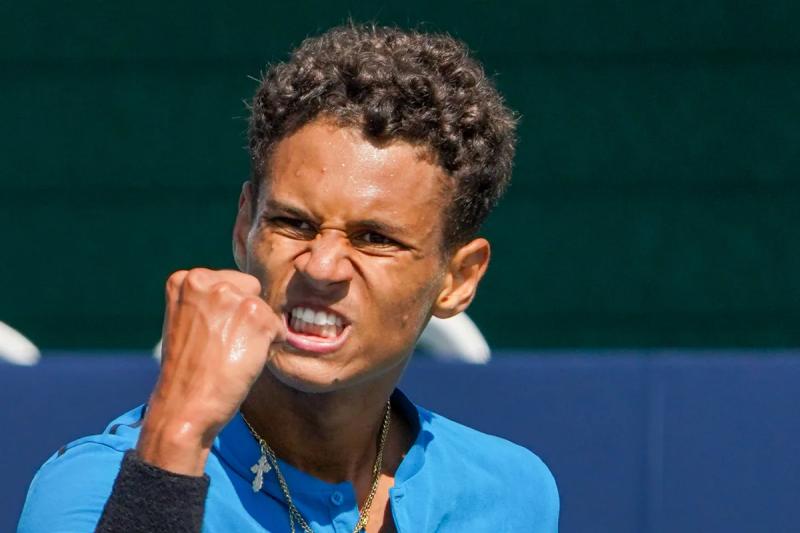 Quebecer Gabriel Diallo is on a roll at the National Bank Championships in Granby, having defeated German Cedric-Marcel Stebe, seventh seed of the tournament, in the second round on Thursday.

Diallo, ranked 519th, however, had the upper hand in the third set by making the mini-break when the two men were neck and neck at 6-6. Effective in return, he notably won 39% of the points on Stebe's first ball and 58% on the second.

With the balls in hand, the Montrealer nevertheless had difficulty placing his first service on the line (57%), but this proved devastating once the rally began, with Diallo winning 71% of rallies. He also scored 10 aces.

In the quarter-finals, the local favorite will face the winner of the duel between American Omni Kumar and Tunisian Aziz Dougaz.