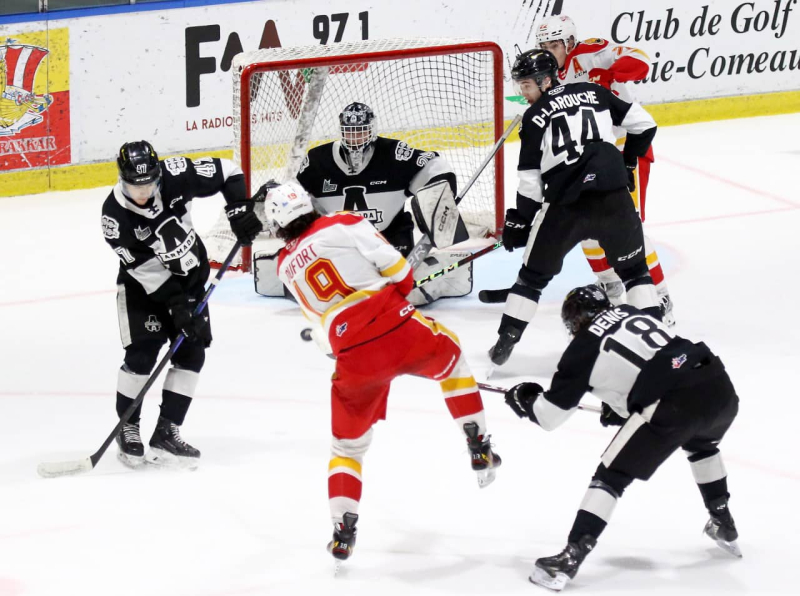 BAIE-COMEAU | The Baie-Comeau Drakkar lost their first set against the Blainville-Boisbriand Armada on Friday night, when he lost by the score of 2 to 1.

The members of the Côte-Nord crew came up against a goalkeeper in very good shape, which allowed his team to save themselves with this victory in extremis during the inaugural duel of this double program.

Bombarded by 25 pucks during the third period alone, Charles-Edward Gravel wanted nothing know and rose like a wall to complete his brilliant evening of work with a total of 42 saves.

Tied 1-1 after 40 minutes, the visitors took advantage of a power play to score the decisive goal, that of Justin Carbonneau in the 11th minute of the third period.

< p>Left completely alone in front of goalkeeper Olivier Ciarlo, number 11 had time to throw and take his own return to hit the target.

“It was a bad read play of the five players on the ice “, summarized pilot Jean-François Grégoire dryly, after the match.

After a slow start, the Drakkar regained their composure with 39 shots in the last 40 minutes of the match.

“ After returning from a trip, it is more difficult to have focus. The players were more focused after the premiere. They were in the game until the very end, but their goalie made the big saves,” admitted the head coach.

The winners (15 shots against 4) quickly set the tone for the game and, without Olivier Ciarlo's saves, the score would have been much higher than 1 to 0. Jonathan Fauchon, on the power play, gave his team the lead.

The combative Charles-Thomas Larochelle revived the debate in the second period and tied the game with the only goal scored against the undisputed star of the game.

He was the second loss in less than 48 hours for the Drakkar, who will try to recover this afternoon during the second meeting between the two teams.