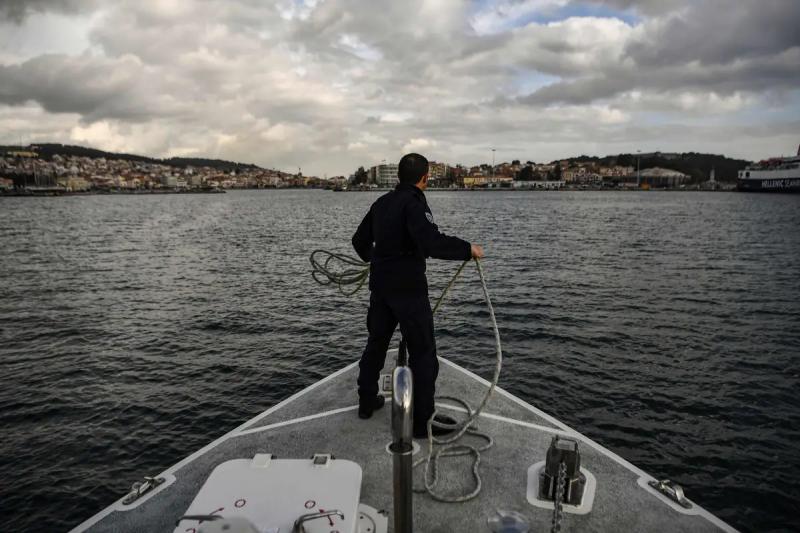 At least 16 people, all women, have died and around 30 others are missing in Greece when two migrant boats sank, driven by high winds, police said on Thursday. Greek coasts.

The bodies of 16 women believed to be of African descent were recovered from the east of the island of Lesbos, neighboring the Turkish coast in the Aegean Sea, after their boat sank, said a spokesman for the coast guard, Nikos Kokkalas, on the public television channel ERT.

Nine women were rescued but 15 people are missing, he added, adding that around 40 people were aboard the boat at the time of the tragedy. “The women were completely freaked out,” he described.

A few hours earlier, the authorities had reported missing after the sinking of another boat, a sailboat carrying some 95 people, this time off the island of Cithere, near the Peloponnese peninsula.

Some of the survivors were able to swim to shore, and a combined operation involving ships at sea and fire and police services ashore resulted in the recovery of 80 people, from Iraq, Iran and Afghanistan. .

The group includes seven women and 18 children, a spokeswoman for the coast guard told AFP.

The sailboat sank near the port by Diakofti. It was “completely destroyed”, according to Mr Kokkolas.

“People are drowning on boats in poor condition,” he tweeted. “The EU must act.”

Greece has seen an increase in migrant traffic this year, with people smugglers often taking the longest and most perilous route in the south of the country.

< p>The makeshift boats leave from Lebanon, and no longer from Turkey, to circumvent the patrols in the Aegean Sea and try to reach Italy.

The dangerous crossing of a few nautical miles between the Turkish coasts in Aegean Sea, located in the eastern Mediterranean, and the Greek islands, gateway to the European Union, cost the lives of many migrants and refugees trying to flee wars and misery.

Since January 2022, 64 people have died trying to cross into Europe from the nearby Turkish coasts, compared to 111 for the whole of 2021, according to data from the International Organization for Migration (IOM).

Last December, at least 30 people perished in three separate shipwrecks in the Aegean Sea. But precise data is difficult to establish because some bodies are never recovered or are found on the shore weeks later.

Athens accuses Ankara of turning a blind eye to the practices of smugglers and letting migrants come to Greece in violation of the March 2016 agreement which provided for an effort by Turkey to limit the departure of refugees and migrants from its territory.

For its part, Greece is singled out by NGOs and the media for its responsibilities in illegal and often violent pushbacks at its maritime and land borders .

The conservative Greek government has always denied these pushbacks to Turkey, contrary to international law, despite serious and documented investigations by international media and NGOs.

Turkish President Recep Tayyip Erdogan has accused Greece of turning the Aegean Sea into a “graveyard” with “its oppressive policies”. Greek Migration Minister Notis Mitarachi retorted that Turkey was pushing migrants “with violence” into Greek territorial waters “in violation of international law”.