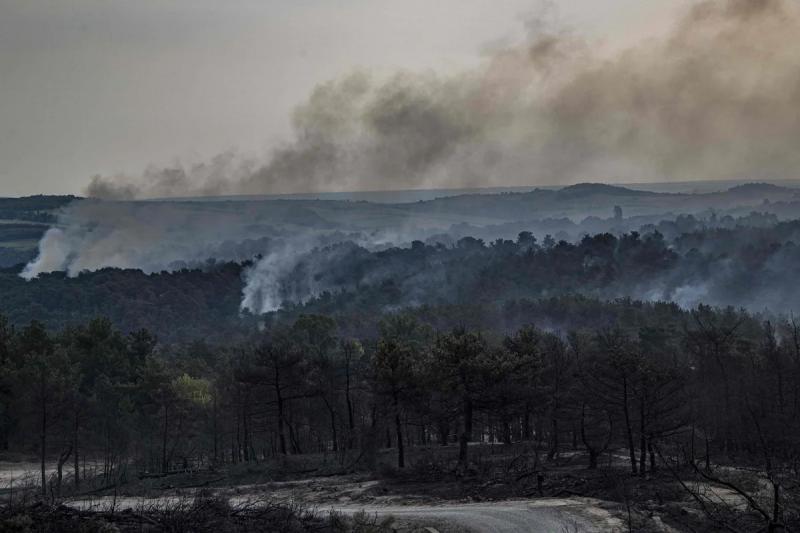 Dadia National Park, which narrowly escaped destruction by fire in late July, is in theory one of the best protected areas in Greece, as it is home to one of the most important breeding grounds for vultures and other raptors in Europe.

More than 4,500 hectares of forest were covered by fire, of which 2,200 were destroyed in Dadia, in the north of the country, said the Ministry of the Environment. But according to initial estimates, the nesting areas were mostly spared.

“Respecting and protecting the environment was and remains a fundamental commitment of our government,” said the minister. Environment Costas Skrekas.

Spyros Psaroudas, director of wildlife group Callisto, slams a “chronic failure” in nature protection in Greece, saying the conservative government seeks to create a business-friendly environment at the expense of wildlife.

“There is a lack of coordination between the ministries and of clear allocation of responsibilities (..) all of this leads to illegal activities which are never sanctioned”, adds Nadia Andreanidou, project manager for the Mediterranean Association for the safeguarding sea turtles (Medasset).

“It's a vicious circle and it leads to poor management of protected areas,” she told AFP.

The Soufli Forest Service, which oversees Dadia, receives less than 50,000 euros from the state each year, a fifth of the forecast, according to Mr Vasilakis.

Even as the park was burning there is Within two weeks, the government tried to push through a new law that a dozen NGOs said further reduced protection for national parks.

On the seventh day of the fire, the bill was unexpectedly withdrawn by the government for 'further consultation'. The text would have authorized additional activities in the protected areas, including roads, tourist sites and electricity storage and telecommunications facilities.

Greece has been repeatedly referred to the European Court of Justice for its failure to protect its natural habitats.

In December 2020, the Court reminded Athens that by its own admission , the country had protective measures in place for less than 20% of the 240 protected areas.

One of the main omissions, according to environmental groups, is the absence of legal safeguards and regulations governing the Greek part of the European Natura 2000 network – which includes breeding and resting sites for rare species and threatened, protected by European legislation.

Charikleia Minotou, manager of Zante Island's national park program for the protection of Caretta Caretta turtles, run by the Greek section of WWF, says authorities are not responding to 'hundreds' of complaints and fines against illegal development.

According to Ms. Minotou, the government of Kyriakos Mitsotakis is emphasizing the exploration of hydrocarbons. Even before the Russian attack in Ukraine, Greece had reserved exploration sites in the Ionian Sea.

In February, several beaked whales de Cuvier washed up on shore during seismic research in the Ionian Sea. However, the national hydrocarbon management agency has denied that its activities are the cause.

In 2020, Greece created a new national body responsible for managing its parks, the Environment Agency nature and climate change (Necca). But the NGOs deplore the fact that they are excluded, as well as the local authorities.

“We need national parks where the local society participates and is democratically represented”, castigates Mr. Psaroudas.