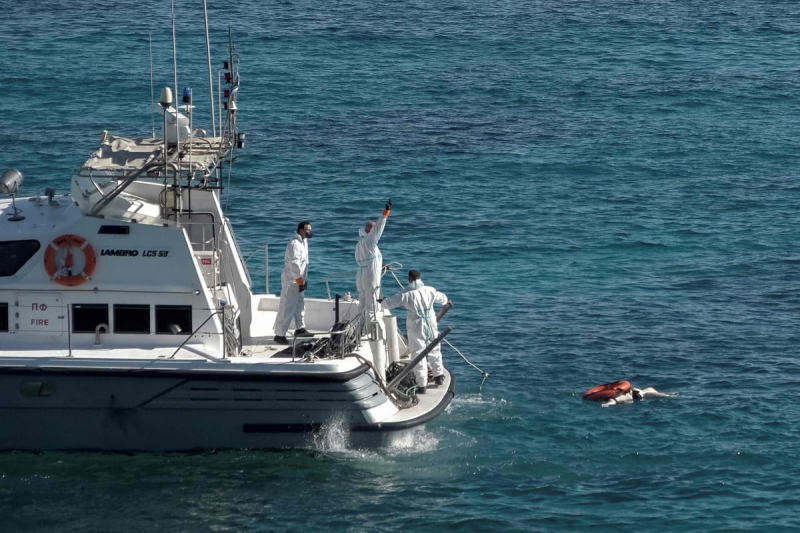 Two rescue operations were underway in Greece on Tuesday to find dozens of migrants after their boats sank in rough seas, the coast guard said.

Around 60 people were missing near the island of Euboea in the Aegean Sea, some 80 km northwest of Athens, a coastguard spokeswoman said. Their boat sank in winds blowing at over 60 km/h.

“One of our deep-sea patrols picked up nine men on an islet. They said there were about 68 people on board,” she told AFP.

A similar operation was underway near the island of Samos, also at sea Aegean, to find eight people presumed missing since Monday.

Four survivors said on Monday that twelve people were on board their canoe, which had turned over.

Greece has seen an increase in the number of arrivals of migrants and refugees this year, the majority of whom set sail from the nearby Turkish coasts in an attempt to flee wars and poverty towards Europe.

The shipwrecks, often fatal, are very common in this area.

At least 30 people died in October in two shipwrecks of migrant boats in the Aegean Sea.

During the first eight months of the year, the Greek Coast Guard reported the rescue of around 1,500 people compared to less than 600 last year.

Greece, Italy and Spain are among the main countries of arrival for migrants from Africa and the Middle East wishing to reach the European Union.

Currently, according to Greek officials, smugglers often take the southern route, which is longer and more dangerous, and depart from Lebanon rather than Turkey, in order to avoid European patrols in the Aegean Sea and reach Italy.