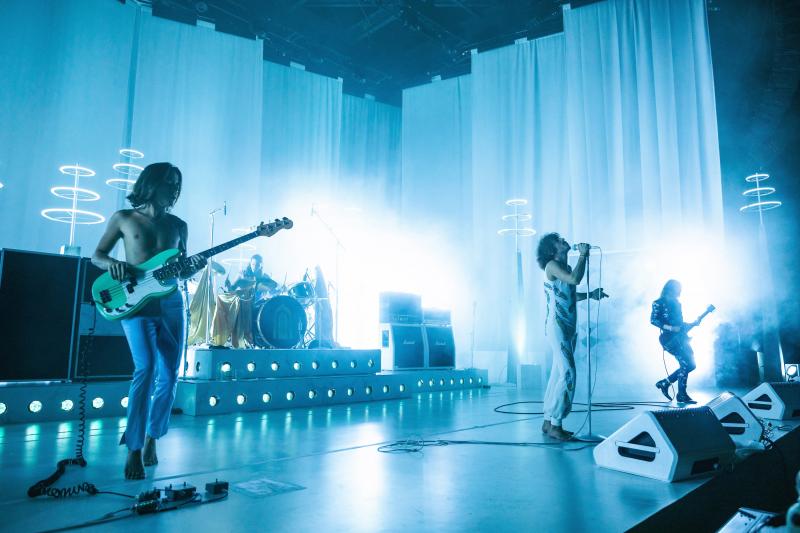 Often compared to Led Zeppelin, Greta Van Fleet admits to not being too upset by this reference which has stuck with her a little since her debut. The American quartet feels that this name is slowly fading away.

At the end of the line, bassist Sam Kiszka puts things into perspective when asked if he I'm not a little tired of this comparison very linked to the songs Highway Tune and Safari Song, which made them famous in 2017.

“It’s something you hardly hear anymore. The average music lover who hears us on the radio is often the one making this comparison. There are definitely elements in our music, but we don't do Led Zeppelin. We do our thing and what we want to do”, launched the youngest of the Kiszka brothers who constitute three quarters of Greta Van Fleet.

On the road for almost a year, with presences in South America, Europe and the United States, the formation from Frankenmuth in Michigan is coming to Quebec with visits, Tuesday evening, at the Videotron Center, and Thursday, at the Bell Centre.

A series of concerts following the release of their new album The Battle at Garden's Gate, launched last April.

” Things are going well. We have a good time and we play places that we haven't visited for so long. The audience is loud and excited,” he said hours before performing at the Buffalo Bills stadium, opening for Metallica.

The quartet made up of Sam Kiszka, his brothers Josh (vocals) and Jake (guitar) and drummer Danny Wagner, which was born in 2017, evolves at its own pace.

« We never wanted to rush things. We could have performed in bigger places when we started, but we want to build our business slowly. This way of doing things pays off. The fans are growing and we like the way things are going,” the Kiszka clan caddie said,

“We feel that our music is evolving. We're moving forward,” he noted.

Sam Kiszka is proud of the band's third album. An album where they dared.

“We were finally able to create the musical landscapes that we wanted and that we weren’t brave enough to do. Which was possible with director Greg Kurstin and engineer Alex Pasco. Our music finally has the cinematic aspect that we wanted”, explained Sam Kiszka.

The bassist has fond memories of their presence in the first part of the Foo Fighters, on July 9, 2018, on the Plains of Abraham.

“Someone showed up on our tour bus after our performance and it was Dave Grohl with a bottle of Jagermeister. He served us shots. We talked about movies and music and suddenly he said, I have to go. Thirty seconds later, the Foo Fighters began their show on stage,” Sam Kiszka dropped.