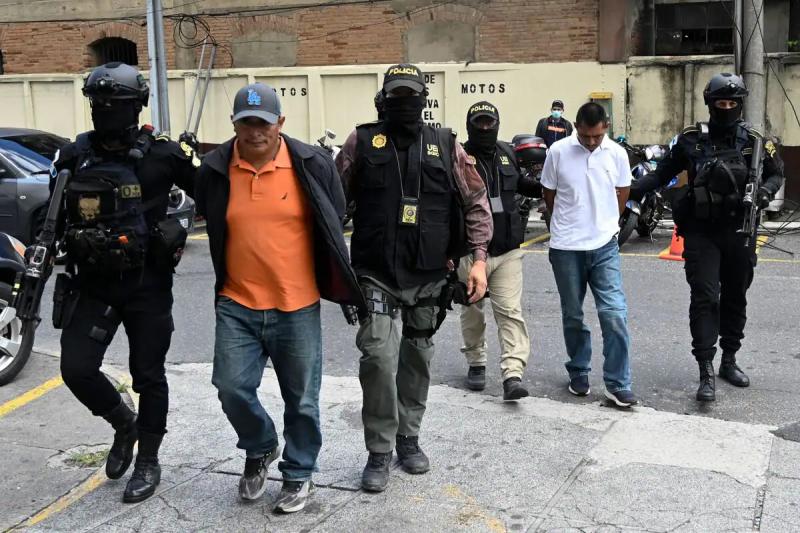 Guatemala justice announced on Tuesday the dismantling of a major network of migrant smuggling to the United States, with the arrest of 19 people, four of whom are claimed by a court in San Antonio , in the United States.

“The dismantled group was systematically dedicated to the recruitment, transport and accommodation” of “Guatemalan migrants” wishing to enter the United States illegally, the head of the Guatemalan prosecution told a press conference against human trafficking, Stuardo Campo.

“It is believed to be one of the largest and most powerful (networks) that operated” in Guatemala, the magistrate stressed.

Guatemalan police and the US Department of Homeland Security cooperated to carry out the operation, he said.

The investigation began in April 2021 after the death of a Guatemalan migrant in San Antonio, Texas.

The migrants were to pay each the equivalent of between 9,000 and 19,400 dollars to reach the United States. The network was thus able to accumulate nearly two million dollars in bank accounts.

According to Stuardo Campo, this operation constitutes an “important precedent for the extraditions of human traffickers” from Guatemala to the States United States.

The head of the network Felipe Alonso and his deputy Lesly Martínez are among the four members of the network claimed by the justice of the United States.

Each year, thousands of Guatemalans and Central Americans flee poverty and violence and attempt to reach the United States in search of a better life.

The June 27, 53 migrants were found dead in an overheated truck in San Antonio, USA, including 21 Guatemalan nationals.