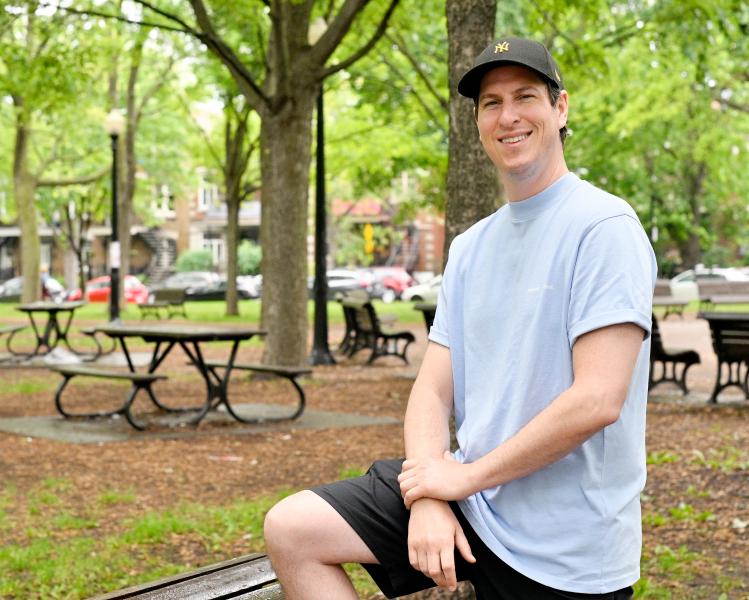 While touring across Quebec to present his show Détour, comedian Guillaume Pineault offers himself a pause to tell us about the books he liked.

Which book do you think is really worth checking out right now?

< p>There is a book that I adored because it really touched me: Ta mort à moi by David Goudreault. I had never read anything by him before, and it was Louis-José Houde who gave me this novel. I liked that so much! In my life, this is the first book that I finish with watery eyes. Basically, it tells the story of a recognized poet, but particularly tormented, and until the last page, I did not see anything coming!

A-t- Is there another you would like to talk about?

Alexandre Barrette, another humorist, suggested Openby André Agassi. He is one of my childhood heroes and in this book, I learned among other things that this tennis professional had never liked tennis. In fact, he hated it to die his whole life!

What novels have you loved outright in your life?

What are you reading right now?

A book that the sound guy on my tour suggested me because he knew I was going to like: Kukumby Michael Jean. I find it important to read about history that is not ours. But there, I left it at the cabin, and I didn't get very far.

Do you remember a book that managed to make you burst out laughing?

I'm going to go there with the whole Paul series by Michel Rabagliati. I didn't have great laughs while reading it, but it made me feel good, touched me. And if I liked all the volumes, I still have a favorite: Paul has a summer job.

Does do you have a favorite thriller?

I am a big Bernard Weber fan. Every Christmas, my mother gives me one of her books! I really liked Pandora's Box. It made me laugh that the hero of the story had to go to his past lives to try to improve his current life.

Is there a reference book you couldn't live without?

Atlas of Human Anatomy by Frank H. Netters. I love this book and I'm happy to talk about it. Netters hand painted all body parts. When I was an osteopath, I watched it so much! This is a book that I will never get rid of even if I no longer practice. It's really well done.

What are you planning to read this summer?

My friend Judith Lussier gave me her book Canceled: Reflections on the cancel culture. So I will read it. I want to know his vision. I will understand her better and see how she put it into words.