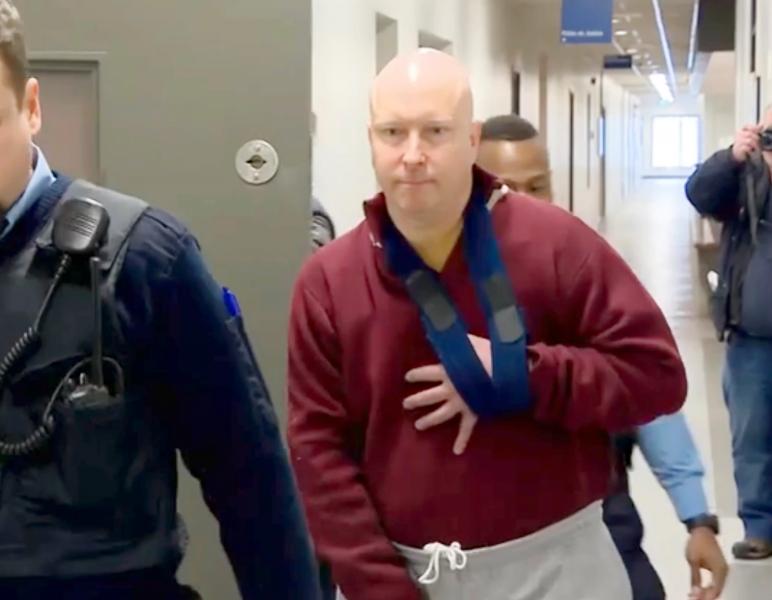 The 44-year-old man who savagely assaulted a nursing assistant during an evening at the Festival western de St-Tite almost three years ago has been found guilty of assault causing bodily harm and threats yesterday.

“Wacky” assertions and “incoherent” statements; this is how the judge qualified Patrice St-Amand's version of the facts before finding him guilty of the majority of the charges against him in the morning at the La Tuque courthouse.

The fateful evening dates back to September 15, 2019, when the forties was on a terrace with his wife as part of the festival which attracts an average of 600,000 people annually.

Security officers had to intervene with him at a certain time since he showed signs of aggression towards festival-goers.

St-Amand then got into a fighting stance, took off his sweater and let it be known that he would not leave the scene. As he refused to comply, it took five officers and some physical force to control him on the ground while waiting for the police. He then pretended to lose consciousness.

When he arrived at the emergency room at the Shawinigan hospital, the staff believed him to be still unconscious since he had no tone and his arms were hanging down on each side of the stretcher.

But when a nursing assistant tried to cut his sweater in order to examine it , he suddenly “woke up”, stood up abruptly and punched the woman hard.

“You will not cut my vest, my tabernacle,” he then told her, before uttering death threats.

The healthcare professional suffered serious injuries; fracture of the nose “from the forehead to the teeth”, head trauma, hearing impairment and whiplash.

Patrice St-Amand will remain detained and must return to the judge on September 2 for sentencing submissions. A psychological report was requested by the defense, which raised possible mental health issues. on the co-owner of the Central hotel in Parent, in Haute-Mauricie, which occurred in January 2020.