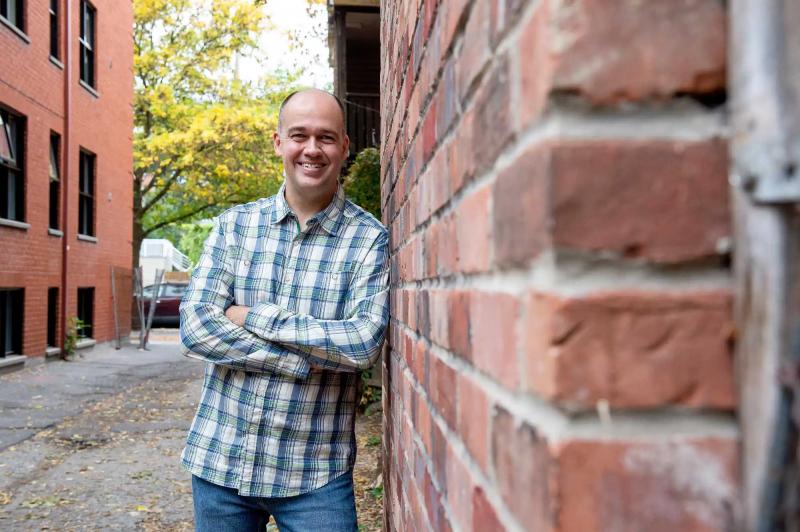 Every time I see a new vox pop by Guy Nantel, I alternate between wanting to laugh and crying.

I laugh at wacky responses from respondents. But I am sorry for so much ignorance. But with Guy Nantel's latest vox pop, on Anglophones and Bill 96, we can only cry in front of so much contempt and denial of the French fact in Quebec.

To be sure that people from Dawson College include me: There is nothing funny about it.

We are blown away by boasting about the bilingualism of the younger generations of English speakers, who would not need three French courses at CEGEP. However, those whom Guy interviewed do not know what we call in French an eraser, a measuring ruler, a trombone. You go to school and you don't even know how to name the objects you use every day in your classes? They don't know what a watch is called in French! They are not being asked to spell unconstitutionally, misery!

And you would , after that, do we stop shouting about the disappearance of French?

There is even a French-speaking woman who calls a trombone a “paper clip”! And there are still commentators to tell us that we do not need to apply Bill 101 to CEGEP?

No one will be surprised that Anglos who attend Dawson College do not know who Véronique Cloutier is: Louis Morissette himself wrote a text in the magazine Véro to lament that young Quebecers do not know her woman.

But if in Dawson we don't know who René Lévesque is… that says a lot about our education system! All these years of study and you don't even know who is one of the most important political figures in the country where you live?

Do you remember the outcry over the cartoon of Boris in Montreal Gazette, where we saw a little dog pissing on a René Lévesque poster? There are Anglos who can't even recognize the guy on the poster!

Not knowing who Michel Tremblay is, never having heard of the Belles-sœurs >, never having heard of Yvon Deschamps or Gilles Vigneault, ignoring that French is the one and only official language of Quebec: the quidamsinterviewed by Guy Nantel tell us in the face that they don't care about Quebec (its culture, its language, its history) like their first sock.

And the worst part of all that is that when we want, with lip service, minimally, to affirm our identity, enhance our culture, defend our identity… we are the ones who are called intolerant.

I have always found that Guy Nantel's vox pops were much more than humorous clips.

These are little treatises on sociology, snapshots of Quebec reality, a mirror that the comedian holds up to his society, like a revealing bath to reveal a real picture of Quebec.

In in this case, the image is that of young students who live in Quebec while despising everything that makes Quebec unique.

And there is nothing funny in that.