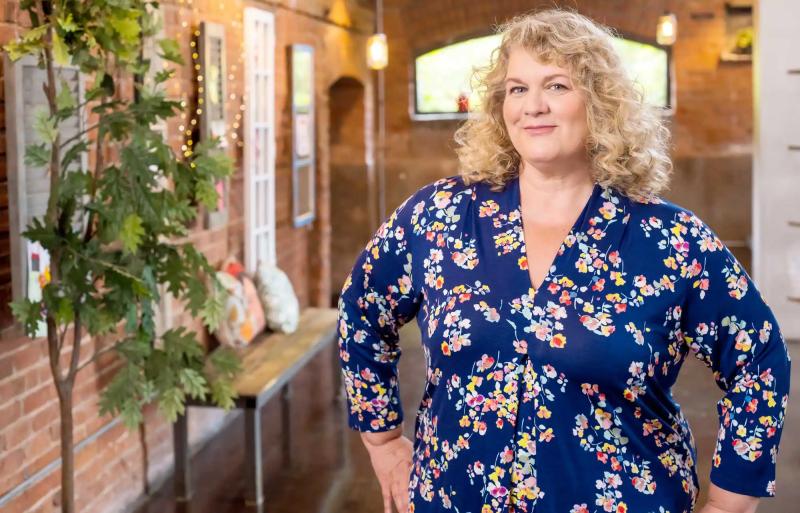 After the success of Clovis, where she talks about autism spectrum disorders, the bubbly Guylaine Guay returns with a new concept of youth album inspired by his own childhood and his own experiences. She introduces us to Gloria, a smiling and joyful little girl who is fearless and for whom looks are anything but a problem. Until we laugh at her.

Gloria, raised in a modest background, is courageous and inventive. Optimistic, she always finds an original way to overcome problems. For her, the little worries of everyday life become challenges to overcome and engines of creativity.

One day, a boy from school, Rodrigue, tells her that she is fat and makes fun of her. She is big? What does that mean? What does this imply? And why is it so funny in the eyes of Rodrigue and many others?

Guylaine Guay drew on her own memories to imagine the journey of the beautiful Gloria, who will, as the title suggests, defy social taboos on physical difference. And there are.

“I've had this subject for a long time. In my comic strip Capitaine Aime-ton-Mou, it was me. Gloria, it's a bit like me, little one. When I saw the character, I found it too cute. Gloria is the first name I chose because it is glorious. I wanted an image of a plump, happy, curious little girl. A little girl who has fun in life, who is on.”

Guylaine Guay is of the opinion that there are still a lot of prejudices against overweight people. “It’s stigmatizing being fat. Being a fat kid is even worse. I was a very fat child. I've always been fat. I think it was pretty much the worst time of my life because all the kids around you remind you that you're fat. Fat is still considered an insult.”

The author was called fat quite a bit all her childhood, she says. “When you heard “Ouch, the big one”, it was not a compliment. Unfortunately, it's still the same. I don't think that has changed”

She was put on a diet when she was 7 years old. “There is this desire to immediately change us, to tell us that our body is not correct. It’s heavy to bear, that, for a child.”

Guylaine wanted to convey an important message through her character. “It exists, different forms. We don't all come from the same mould. And since I was a fat kid, I understand exactly what that means. My sister was not fat and we ate the same thing, we come from the same family.

“We work a lot on merit in our society. If you're fat, it's because you don't deserve love. When you're fat, people associate it with: you're a big lazy or lazy, you have no will. There are a lot of very negative characteristics associated with someone fat. And it's still a slim in the making… people will start paying attention if the person loses weight. In our own society, a fat body is still a negative.”

She went through what Gloria went through. “Why do other people find it funny that I'm fat? What's funny in that? I asked myself the question when I was young. I know there are different faces, different molds and, unfortunately, that's not what people think. The goal is to say that there are all kinds of forms.”

“Today, in the schoolyard, Rodrigue, a boy with black snake-like eyebrows who climbs a hill, told me I was fat and everyone laughed. I still wonder why it was funny.”