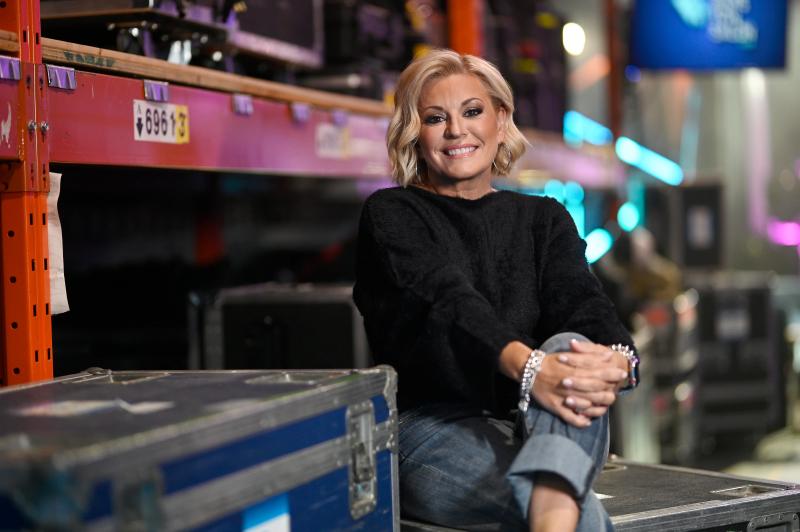 To mark her 50th birthday, Guylaine Tanguay wanted to reverse the roles. It is therefore the singer who presents herself to her fans with a gift by revisiting their favorite tracks on the album Your favorites… My way. “I wanted to do something special to thank them for always being there for me,” says the singer.

After having revisited the repertoires of Ginette Reno and Céline Dion earlier this year, Guylaine Tanguay this time tackles the immortals of French song with Vos coups de coeur… À ma way, launched with great fanfare yesterday, the singer's birthday.

These 11 tracks – borrowed from Dassin, Aznavour, Piaf, Cabrel, Sardou or even Fugain – were all selected from special requests received by the singer during the pandemic. If certain choices made him raise eyebrows at first, the pieces requested proved to Guylaine Tanguay the strength of the bond that unites him to his fans.

“I would not have thought one day record The Ballad of Happy People, for example ; I really like this song, obviously, but it hasn't necessarily accompanied me in my life. But my fans have been following me for a long time, they know me well; they knew that I would find my place in this song, my way of doing it”, says the singer in an interview with Journal.

This “place”, she found in each song with the help of its longtime musical director, Sébastien Dufour, who signs the adaptations with country, pop and rock accents.

The release of this new album also includes a surprise for its most loyal fans. Those who have purchased the three volumes of her À ma way series will be able to have access to as many unpublished pieces: Fais-moi la tenderresse (Ginette Reno), Fly (Céline Dion) and When you only have love(Jacques Brel), can now be downloaded from Guylaine Tanguay's website by combining the codes listed in the booklets of the three discs.

And in this same spirit of generosity, Guylaine Tanguay also wanted to offer a free webcast of the launch of Your favourites… My way for a period of 24 hours. Its fans therefore have until 8 p.m. tonight to watch it free of charge by registering on the Live platform in your living room.

It had always been planned that this now complete trilogy of cover albums would coincide with Guylaine Tanguay's 50th birthday. The idea behind it all? Boost the celebrations by offering her fans the opportunity to mark this event with her.

And, why not, make the transition into fifty sweeter.

“I never paid attention to numbers in life; whether it's the age or the number of albums sold, it's not something [what] I dwell on. But I've often been told that turning 50 is a pill that can be hard for women to swallow,” advises Guylaine Tanguay.

Because she doesn't hide it, getting older in the public eye can be ungrateful for female artists.

” But me, I'm fine with who I am as a woman, with my body, my face and the new white hair that I find every morning. I think this is an important message to convey, first to my daughters, then to all women. We all have our little quirks, and I live very well with mine. If someone doesn't like them, that's honestly the least of my worries,” concludes Guylaine Tanguay.

The album Your favorites… My way is now on the market. Guylaine Tanguay is currently on tour across the province to present the three volumes of this series.