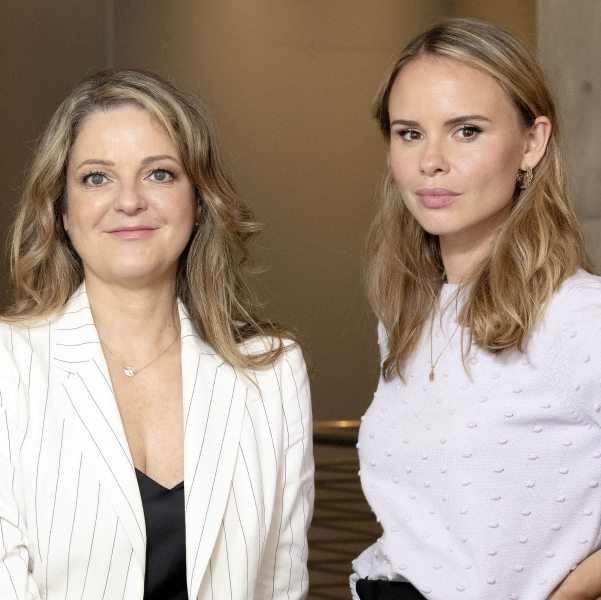 After signing a documentary series – You just have to file a complaint– on the Way of the Cross experienced by victims of sexual assault within the judicial process, author and director Léa Clermont-Dion continues her fight for women's rights by focusing this time on the scourge of cyberviolence and online misogyny.

Title I salute you bitch, her new documentary, which she co-directed with Guylaine Maroist (God Save Justin Trudeau), gives voice to four women who have suffered misogynistic attacks online.

We follow in particular the fight of Laura Boldrini, an Italian politician who received death and rape threats on social networks after being appointed President of Parliament. The film also recounts the terrible ordeals experienced by Kiah Morris, a former US Democratic representative, who was the victim of racist harassment after being elected to the Vermont General Assembly, and by Laurence Gratton, a Quebec teacher who was harassed online for five years by a former classmate.

The common point between these four women: they have all distinguished themselves by speaking out in public.

“It is often women in power who are targeted by online harassment because they are women who have speeches that come out of the kitchen and come out of the private sphere”, explains in an interview Léa Clermont-Dion, who has she herself suffered cyberstalking a few years ago.

“People with reactionary and misogynistic ideologies want women to stay at home. The famous slogan “Go back to the kitchen”, which we often see in misogynistic circles online, it is not for nothing. It's the women who speak up that bother them.”

Léa Clermont-Dion already knew the subject like the back of her hand before embarking on the production of this documentary in 2015. To do her doctoral thesis, the author and activist spent five years analyzing anti-feminist discourse online.

“Writing my doctoral thesis was very difficult mentally, so it felt good to bring me back to reality by approaching the subject in a creative process and to give voice to the victims,” ​​she confides about of the making of the documentary.

“I found that the subject was promising and had great cinematographic potential, with all the emotions that come with it.”

More current as ever

The making of Hail You Bitchspanned almost seven years. If Léa Clermont-Dion and Guylaine Maroist wanted to take their time to fully develop their subject, they also had to show a lot of patience to establish a relationship of trust with their speakers. They are particularly pleased to have succeeded in convincing Laura Boldrini – “a great figure in Italy” – and Donna Zuckerberg – the sister of the founder of Facebook and specialist in cyber-violence against women – to participate in the film.

One would think that the situation has improved since the two directors shot the first images of their film four years ago. However, it is quite the opposite.

“In fact, it is worse than before, insists Guylaine Maroist. The figures show it: in Canada, it has increased by 20%. As we speak, every day there is a case of cyber-harassment against a woman. This is a more current problem than ever.”

What to do then? According to the directors, we should start by training the police who, too often, do not know what to do with complaints of cyberviolence. It would also be necessary to punish criminals and better regulate social networks, like what Germany did, by introducing a law aimed at combating hate speech on the Internet.

If nothing short-term, Léa Clermont-Dion and Guylaine Maroist fear that the rise of cyber-violence will contribute to silencing women.

“I was teaching at UQAM this year, and it there are students who said they would never go into politics because they did not want to have to endure cyberviolence, observes Guylaine Maroist. We can understand them. You have something to say, but you're not tempted to have to endure online harassment and put your family through it. It is a democratic issue. Are we cutting off women's voices?”

The Documentary Hail You Bitch – Misogyny in the Digital Age will be released on September 9th.