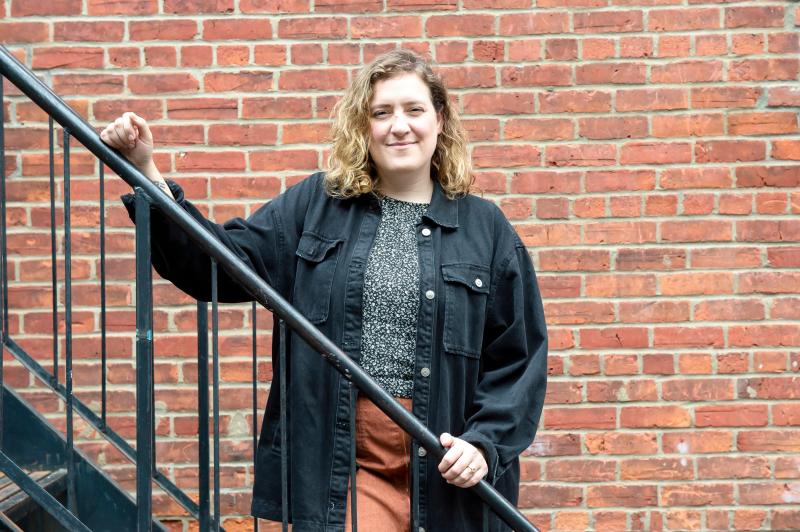 The Flow: Sabrina Halde could not have found a more meaningful title for her first solo album. After several years of great success within the group Groenland, the singer wanted – and needed – to find herself, to launch a new challenge and to heal some wounds by reconnecting with the sweetness of letting herself be carried away by the present moment ( in English: Go with the flow).

Her first solo musical project, Sabrina Halde simply called it Halde. Halde for the name of this family who introduced her to the guitar and music at a very young age, for the heritage of passions and values ​​and for the plots of her mother (suffering from Alzheimer's disease) scattered here and there through this album.

“At some point , I needed to take a step back as I saw that the profession was changing, explains the 35-year-old musician. I wanted to make music with a sincere desire and when we stopped Groenland, we felt like we had done the trick. It was very intense, I asked myself a lot of questions and my heart was less there.”

The singer-songwriter moved to rural Lanaudière to heal herself and create new music. Finding herself in kind, her priorities changed and she began to “follow the flow” by being less about performance and the pursuit of success.

“I had more space for healing and more desire to create too, she continues. The two were interrelated. My mother is still alive, but her health has deteriorated, it's a kind of long mourning. There are parts of her in my songs […] A lot of songs are related to her personality, to the parts of her in me.”

This first solo album recorded before the pandemic was born out of a process of introspection. A kind of puzzle that has been built over time, as bits of these new songs are from the Greenland era. Nature can also be found in the images and lyrics of the songs making up this intimate indie pop album which reconciled the artist with her feminine side.

The song Mermaids, in particular, is an ode to his female friends and to the feminine side of the people around him, such as caring and the intuitive side.

An exercise in compassion

“I try to have compassion for myself”, confides the artist who took care of all the stages of production of this album which speaks of healing, of the idea to follow his own rhythm and his reflections of the last years. About her process of being kinder to herself too, while putting a lot of recent observations into words. I was at that moment in my life, it came naturally”, she breathes.