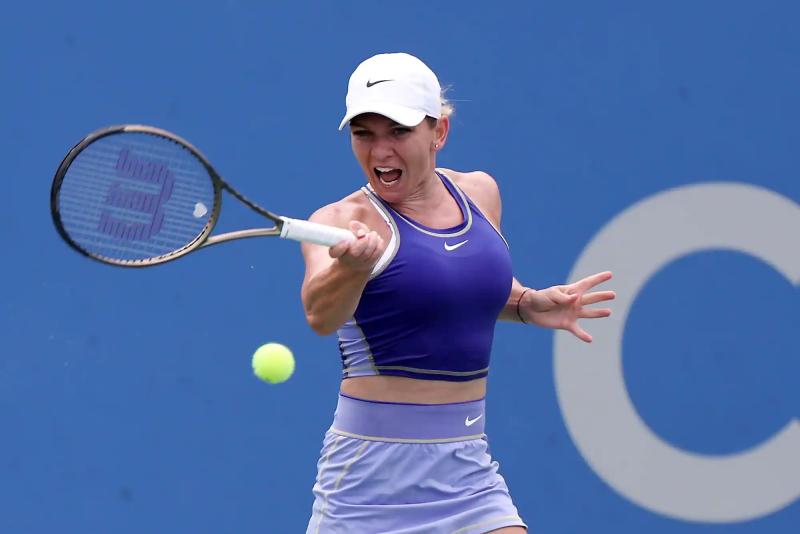 TORONTO | Wherever she plays, her will to win and her charisma make her a crowd favorite. But this determination that characterizes her, Simona Halep has lost it in the last year.

She had to start working with the renowned Patrick Mouratoglou to regain her passion for tennis, recognized the Romanian on Saturday.

Advisor to American Serena Williams for 10 years, the Frenchman has been coaching Halep since April.

And there was a lot to do at the start of this partnership: bothered for many months last year by a calf injury, the Romanian at times thought of hanging up her racquet.

Confidence n was gone. “I no longer saw the light at the end of the tunnel. I felt like my body couldn't take it anymore,” she recently told CNN.

And his absence from the courts – notably from Roland-Garros and Wimbledon – saw him fall out of the world top 10 for the first time in seven years.

Among the most dominant racquets in the decade, winner of two Grand Slam titles, Halep says she has fallen in love with tennis all over again in the past few months.

“Everything has changed [since training with Mouratoglou], told the 15th favorite in Toronto, in a press conference. My game, my mentality. It's not perfect yet, we want me to be more aggressive, but I have found the passion. »

“I'm more positive, I like myself more,” she added.

For example, the former queen of the circuit mentions that she no longer fears the big heat, such as those expected in the Queen City this week.

“When it is very hot on the pitch, I stay in the game, I fight for every point, for the victory, Halep pointed. Every day, when I train, it's much lighter than last year, with my injury. »

The good times before the classification

Now 30 years old, the Romanian is aware that the next few years will be “more difficult”.

If she is curious to see how far she can go up in the standings (she is currently 16th), the winner of two titles in Montreal says above all that she wants to take advantage of each of the moments she has left on the circuit.

In Toronto, it will start with a matchup against a qualifier.

Halep is one of the few players to have inherited a favorable draw on Friday: in the second round, she could face either the Chinese Shuai Zhang, 40th in the world, or another player from the qualifications. < /p>

Her first rival could also be Canadian. On Saturday, 17-year-old Marina Stakusic took advantage of China's Xinyu Wang forfeit at the start of the second set to win her first qualifying match.

The world 641st, who grew up close of Mississauga, had won the opening set 6-1 when her opponent was forced to withdraw, bothered by respiratory problems.

The task promises to be very heavy for Stakusic on Sunday, however, as will face the Czech Tereza Martincova, 73rd player on the WTA.

The other Canadians in contention on Saturday, the Ontarians Victoria Mboko, only 15 years old, and Kayla Cross, both lost. < /p>