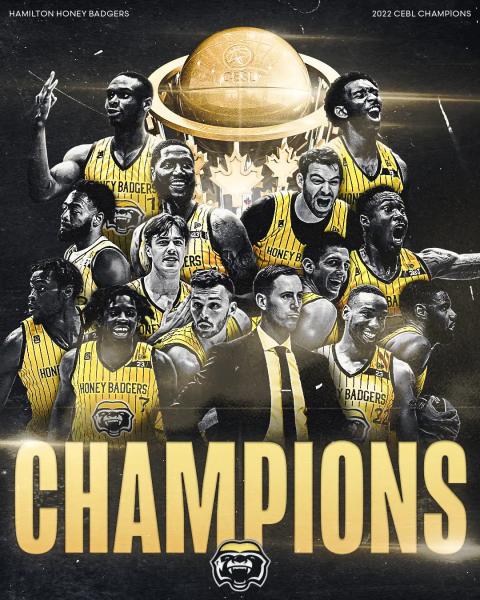 For the first time in their history, the Hamilton Honey Badgers were crowned champions of the Canadian Elite Basketball League (CEBL) on Sunday in Ottawa.

The Honey Badgers held off an impressive comeback from Scarborough Shooting Stars to win 90-88 in the Grand Final.

The winners led 81-64 when the 'Elam Ending' broke and allowed 24 runs against only seven thereafter. Caleb Agada allowed the Honey Badgers to breathe a huge sigh of relief when he landed a free throw to end hostilities.

However, it was Christian Vital who was named Finals MVP at the end of the game, he who collected 17 points.

It is a bitter conclusion to an exceptional first season for the Shooting Stars, who were inducted into the league at the same time as the Montreal Alliance and the Newfoundland Growlers.

By virtue of this victory, the Hamilton team will represent Canada in the 2022-2023 Basketball Champions League Americas season, which will feature 12 teams representing seven countries. The 2021 LECB champions, the Edmonton Stingers, will also take part.