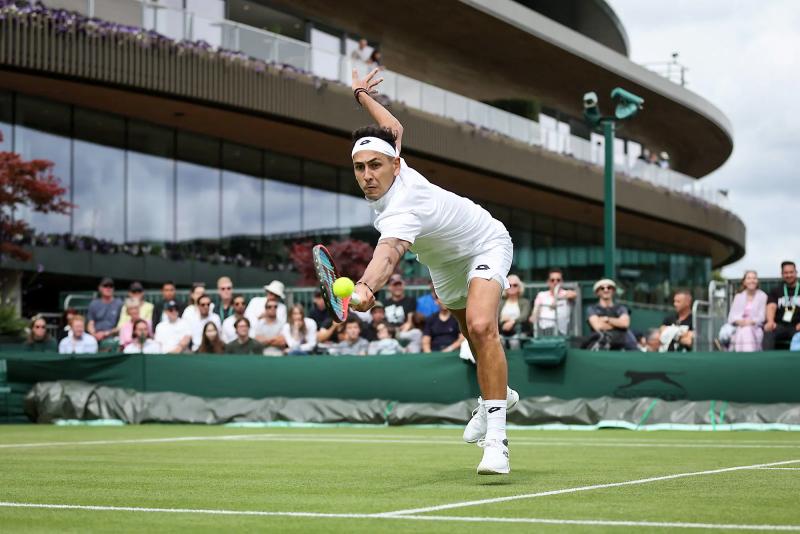 LONDON | Alejandro Tabilo was born in the Toronto area. He grew up there. However, today he defends the colors of Chile on the ATP Tour.

We caught up with Tabilo earlier this week to tell us about his career in the world of tennis. His story is that of a player who followed his own path to reach the professional ranks.

After a few years in the Tennis Canada development system, Tabilo made a decision that would change his life. He decided to accept a scholarship to join the LAT Academy, located in Boynton Beach, Florida.

“I wanted to go there because there were several good players, said told Alejandro Tabilo. I knew I could train with older players. I decided to focus on my things.

“Tennis Canada helped me for several years, but the connection was never really strong. That's why we decided to make this big change. When I started getting good results, I thought the sacrifices were worth it. »

After a few years in Florida, he decided to make the jump to the professionals. Tabilo makes another big decision: he wants to represent Chile on the ATP Tour. And the reason is simple.

“My parents are Chilean and they immigrated to Canada several years ago,” said the 25-year-old athlete. I was born in Canada, but we have always had a very strong bond with our roots. We have always lived according to Chilean customs on Canadian soil.

“I have always felt more Chilean than Canadian. This is what guided my choice when I went to the pros.

When he first landed in Santiago, he felt at home.

“It was the best decision I made. It was the right environment for me.

Tabilo decided to take the first four months to refine aspects of his game. He also worked hard in the gym. He lost about thirty pounds to be more mobile on the court.

“I felt a click. I started getting good results pretty quickly. We are always reaching another level of performance. Confidence is there. »

Moreover, he feels supported by the Chilean population since his arrival. Fans attend his matches regularly. His social networks exploded. He now has nearly 44,000 followers on his Instagram account.

Meanwhile, his parents and brother still live in Toronto. He sees them three or four times a year, when his busy schedule allows.

According to the latest ATP survey, Tabilo is ranked 78th in the world. However, he has more ambitious goals.

“At the beginning of the year, our goal was to break into the top 100. We achieved it in a few months. It's a little crazy, he analyzed. Now we're aiming for the top 50.

“I don't know if I'm going to make it because I've been struggling with an arm injury since the Australian Open. I'm going to have to take some rest to heal her. »

He also plays doubles, but that is not his priority. Barring a glitch, he will participate in the Montreal tournament in August.

Ukrainian Lesia Tsurenko has confirmed that she will donate 10% of her scholarship to help rebuild her country . With her defeat in the third round, she will therefore pay out almost $20,000. Due to the war, she will move to Italy for the rest of her career.

I was lucky enough to take the metro during rush hour on Friday. We were packed like sardines. Even though there were no more seats, other passengers were trying to board. Luckily, there was good ventilation.

GUY LAFLEUR… EVEN IN LONDON!

A journalist from the Inside Tennis site came to see me in the press room to talk to me about… Guy Lafleur! He was asking me questions about the impact of Lafleur's death in Quebec. Lafleur, a name that continues to travel around the world.

LOTBINIÈRE IN THE SPOTLIGHT

In the shuttle to Wimbledon, I had the chance to meet the Belgian photographer Benoit Doppagne. He mentioned to me that he had friends in the village of Lotbinière, in the Chaudière-Appalaches region. We also discussed the situation in Quebec. For that, we will need several trips to get around the question.