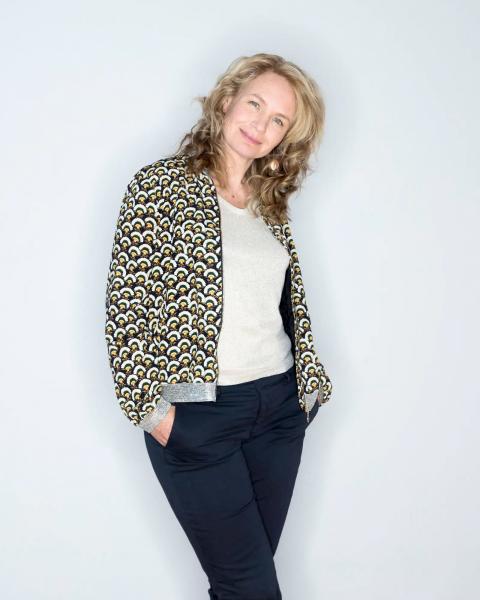 Neurologist and empathetic writer endowed with great sensitivity and great humanity, the French Sophie Tal Men recounts the crossed destiny of three characters in the process of reconstruction in her new novel, < strong>Happy mornings. This novel of new beginnings, of resilience, shows how Elsa, Marie and Guillaume, although different, will go about getting their lives back on track and getting out of loneliness. They will realize that you can never heal alone.

Elsa, Marie and Guillaume are three people whose destiny is mistreated and who have a strange thing in common: they don't sleep at night. And Parisian nights are not always as beautiful and bright as one might imagine.

Elsa, witnessing street violence, roams the buses to avoid being beaten up. Marie multiplies the guards at the hospital to perfect her gynecology and possibly get a job.

Guillaume, owner of an Irish pub, delays the closing time to avoid being confronted with his loneliness. A recent separation is making her life difficult.

Living in the same neighborhood, they will inevitably end up crossing paths and meeting again… and getting to know each other and showing solidarity.

Sophie Tal Men, an inspiring novelist who has family in Quebec and Montreal, wanted to talk about people recovering, repairing, rebuilding in his new novel.

“It's a common theme in all my stories: how to recover after a drama in life,” she explains. “I am also a doctor at the hospital and I meet a lot of dramas of people who have health problems and need to rebuild, recover, who return to resilience. I think it's part of my life and it gives me ideas for stories. »

In Happy Mornings, three different people cross paths and recross in their neighborhood.&nbsp ;

“I also liked, in the whirlwind of the big city, to think that in the same neighborhood, people can meet again. I see it when I go to the Montparnasse district to see my publisher. I often go in the same streets and I happen to meet people again. When you live in Paris, daily life often brings you back two or three streets.

Sophie Tal Men wrote the novel during the pandemic, but that was not what inspired her.

“I write in the evening, to release the emotions of the day, to relax and there is no allusion to the pandemic. I wanted a change of scenery and I really wanted to be in an atmosphere of neighborhood streets, apartments, and address the theme of loneliness. Elsa, Marie and Guillaume live a lot of loneliness, while they are in a whirlwind big city. »

Mary is a character that exists in her previous novels and Sophie Tal Men had noticed that her readers liked her. She made him reappear in Happy Mornings.

“She is both funny and moving. She has the shell of a strong woman, very funny, and behind it, there is fragility when you dig. Little by little, over the course of the story, we learn about her weaknesses and how she manages to overcome them. Guillaume is important in this process. »

Getting out of loneliness allows us to put ourselves on the path of resilience, she adds.

♦ Sophie Tal Men is a neurologist at Lorient Hospital in Brittany.

♦ She loves Quebec and would love to meet her Quebec readers.

“ In her suitcase, Marie had not put much. Her gifts already took up half of it, and—anyway—she wasn't really planning on settling down. Forced to wait for a position as assistant head of clinic to become available in Brest, the young gynecologist intended to use the next six months to perfect her skills in an area that particularly interested her: reconstruction after breast cancer. To access advanced techniques, she was ready to make some sacrifices. Never mind the troop of guards in the emergency room, the liters of coffee to stand up, the lack of social life, the museums and the concerts that she would not enjoy. Regardless, Mary had prepared herself. »