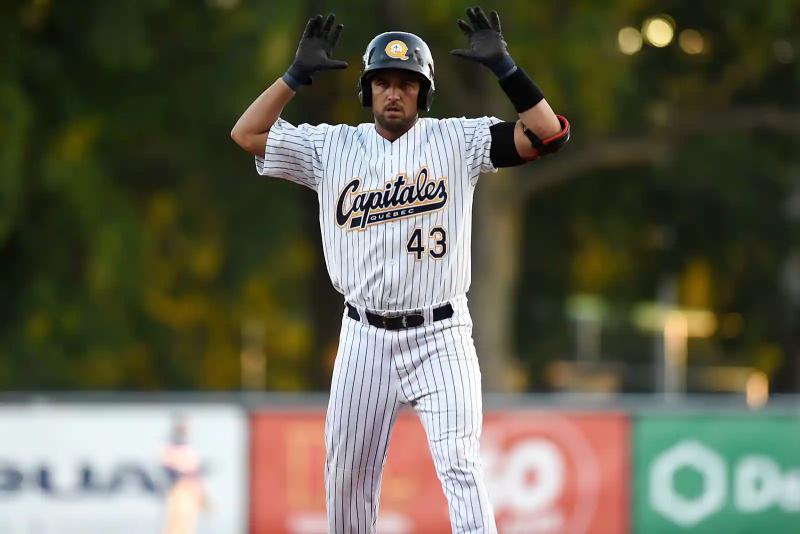 He has spent the last two years in the sun, but the Cuban Yordan Manduley has never forgotten Quebec. In the last few weeks, in the endless wait for his visa, the powerful striker followed on the web the performance of the team he was so eager to find.

“The wait was long, but I really wanted to come back. I want to win a second championship with this team [after that of 2017] “, said the shortstop player, Friday, through the translator of the Capitals, Raymond Boisvert.

< p>“Les Capitales is the first professional team I played with outside of Cuba,” recalls Manduley. I have always enjoyed playing here, I have always been treated well here, we have won a championship. I experienced beautiful things in Quebec. I feel at home and feel like an important part of this team. »

A week ago Manduley arrived in Quebec with his compatriot Yoelkis Guibert.

If he dreamed of finally starting this sixth season under the orders of Patrick Scalabrini, the latter was also starting to be rather anxious to see them in town, his two Cuban players announced… in April.

COVID-19 having forced the Capitals to cancel the 2020 campaign, then to set up, with the Aigles de Trois-Rivières, Team Quebec for the 2021 season, Manduley played in Venezuela and in his native country during the last two years.

In 70 games last year with his hometown team, Holguin, the 36-year-old veteran hit 90 for sure, driving in 36 points. But, above all, he maintained an impressive batting average of .361.

Manduley was playing Friday his second game with the Capitals since his return. Neither he nor Guibert made the move to Sussex County due to an administrative issue.

And the Cuban has liked what he has seen from the team since the start of the campaign.

“When I watched the games from Cuba, I thought they were a very good team, explains Manduley. And since I train with the guys, I see the same thing. It's a very competitive club. »

From rivals to teammates

Manduley was not the only Cuban expected for a while in Quebec . Guibert was already supposed to join the Capitals a few years ago, but he had never made it to Quebec.

“I'm starting to wonder if he really exists,” Scalabrini joked to journalists. year. And a bit like he had done with his other compatriots, Manduley guides him in his new colors.

The two players knew each other before joining the Capitals, they who carried at the same time the uniform of the national team.

But above all they will have been rivals in the Cuban national league, Guibert playing for Santiago de Cuba.

Because the 2019 batting champion of the defunct Can-Am League has much respect for his new teammate. And Raymond Boisvert, who has seen others with the Capitals, too.