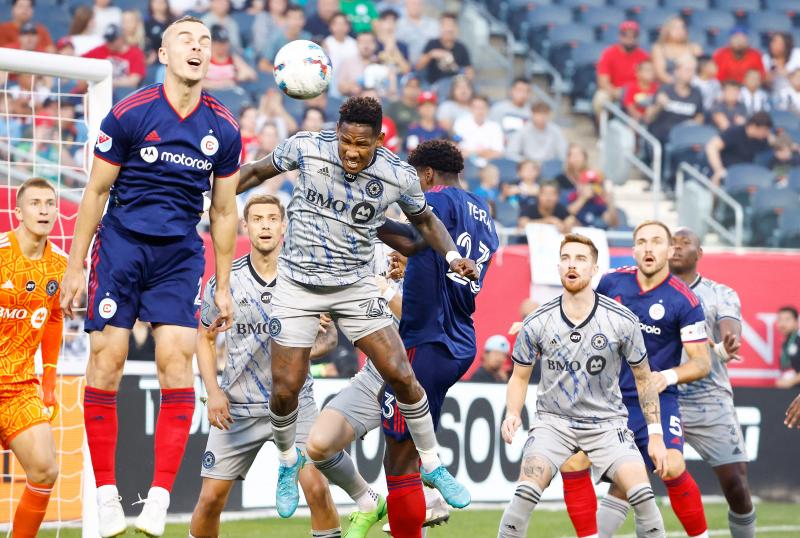 CHICAGO | An old cliché in sports is to keep the highs low and the lows high. Yes, it's a very bad translation, but it expresses well the fact that it is important to manage enthusiasm and disappointments.

In the case of CF Montreal, it is however very difficult not to get carried away with the performances offered by the team not only since the last games, but since the start of the season.

Saturday against the Chicago Fire, Wilfried's men Nancy achieved a second consecutive shutout in adverse circumstances by playing the entire second half with a man less and an official who had the light yellow card.

Despite the perilous aspect of the mission, the Montrealers showed great resilience to contain the Fire and leave the Windy City with the three points and thus remain five from first place in the East and the Philadelphia Union, which however played one more game. And with a fifteenth victory this season, the team equals its best total in MLS, a peak reached in 2015.

What is interesting in this victory is that it perfectly illustrates the progress of this team over the past two years.

Wilfried Nancy's team is young, but they give in less and less to mistakes than squads with fewer veterans often commit, and Joel Waterman recognizes that.

“I would say maturity. I think last season we would have drawn or lost this game.

“We just wanted to defend our surface well despite the change of possession. Last year, the refereeing would have affected our mentality, but not this year. »

This victory allowed the Blue -blanc-noir to extend its unbeaten streak to eight games.

This is the second time this season that the team has managed to go eight games in a row without a loss. The first time, in the spring, it was a new team record in MLS.

This mark could fall as early as Wednesday with the visit of the New York Red Bulls to Saputo Stadium.

It will also be a very good test for CF Montreal since the Bulls have eight victories on opposing turfs. Only one other team in the Eastern Conference can say the same and that's precisely Montreal.

A victory against the Red Bulls would also allow CF Montreal to beat their best points collection in a season which is from 51 in 2016. The team currently has 49.

The CF Montreal players don't worry about this streak, but they know very well what it represents.

“We want to continue to write history. The Red Bulls are very close to us in the standings, so we want to continue. We remain humble and take each game one by one,” Joel Waterman said after Saturday night’s game.

Above all, make sure everyone keeps a cool head and doesn't start taking things for granted. In this regard, Waterman assures that the coaching staff make sure the players don't get big-headed.

“It comes from the top down, the coach preaches it. We stay humble, we have veterans in the locker room talking about it.

“It all starts with the people who are involved and you know it all comes to an end, that's why we keep ever to work.”

Romell Quioto is having a thunderous summer and has really taken the team offense on his shoulders with his 15 goals.

He has scored twelve in his last eleven starts, which is pretty impressive.

He has scored six goals in the last four games and is still in a dangerous position in addition to receiving quality services from his teammates.

With seven games to play and if he keeps up the pace, Quioto could approach the record of team of 22 goals in a season achieved by Marco Di Vaio in 2013. Nacho Piatti scored 21 in 2016.