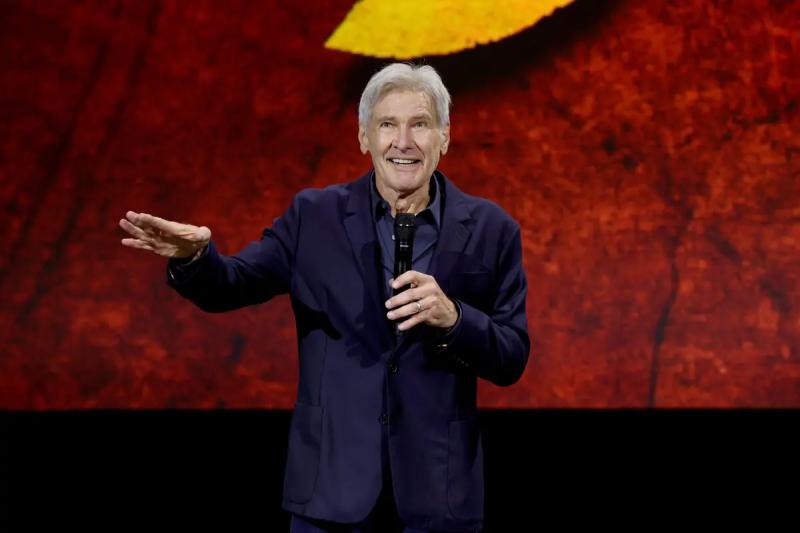 American star Harrison Ford unveiled the new trailer for the highly anticipated fifth installment of the Indiana Jones saga on Saturday on the second day of the “D23 Expo” festival organized by Disney near Los Angeles.

The 80-year-old actor was given a standing ovation by some 6,000 people at the Anaheim, California, convention center when he presented the teaser for this new Indiana Jones movie, which highlights also starring Phoebe Waller-Bridge.

“I'm very proud to say this one is fantastic,” said a visibly moved Harrison Ford. “And here's one of the reasons,” he added, pointing to Phoebe Waller-Bridge. “Following this guy is exhausting,” replied the British actress.

Lucasfilm has also unveiled a trailer for its popular series of space westerns “The Mandalorian”, in the presence of actors Pedro Pascal, Giancarlo Esposito and Katee Sackhoff.

Another highlight, the trailer for the upcoming Star Wars series, 'Andor', which tells the story of a rebellion against the empire.

Marvel Studios has also lifted the lid on the second season of the 'Loki' series , with Tom Hiddleston, who came from Great Britain where the episodes are filmed.

Finally, equipped with 3D glasses, the participants were able to immerse themselves in the world of “Avatar: The Way of water,” the long-awaited sequel to James Cameron's Avatar.

The biennial gathering, suspended due to the pandemic, kicked off Friday with scores of stars and thousands of fans from around the world in attendance. Disney came from all over the world.

On the first day, the Mickey Mouse studio delighted admirers by announcing a sequel to its hit animated film “Vic e Versa” and presenting a new feature film, “Wish”, which will be released for its 100th anniversary next year.