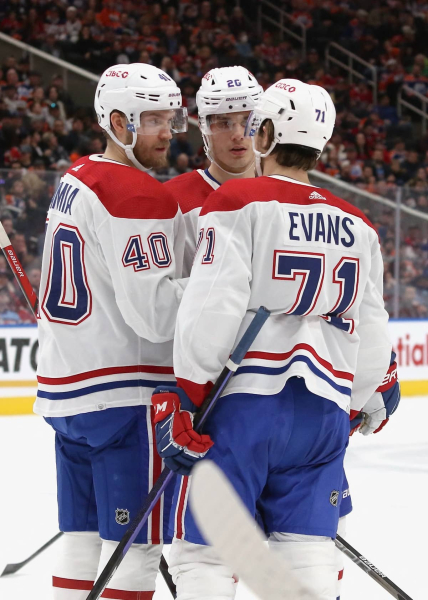 The Canadian will have a lot to do if he wants to stop the momentum of the Winnipeg Jets. Leader of the Central Division, the troop of Rick Bowness comes to Montreal in the heart of a streak of three victories and victorious in eight of its last nine games.

For the occasion, the Habs will get reinforcements on the blue line. On the sidelines for 13 games, Mike Matheson will return to the game. It is to be hoped that the Montreal defender will now be able to avoid the infirmary, he who has visited him more often than not since the start of the campaign.

This return will allow the Montreal team to bet on three veteran defenders for one of the few times of the campaign. We can assume that Samuel Montembeault, who will get a fifth consecutive start, will see this return with a good eye, he who has multiplied the small miracles in the last three games.

“Sam is playing well. He is making his place. We will see how he progresses and what decisions we will make in the next games,” said Martin St-Louis about the task that could fall to the Bécancour goalkeeper in the weeks to come.

Jacob Trouba elbows Joel Armia in the hip, for some reason.

Armia was clearly in discomfort as he headed for the bench. pic.twitter.com/3YlWUWVEYh

In addition, earlier in the morning, the Canadian announced the emergency recalls of Rafaël Harvey-Pinard and Rem Pitlick.

These recalls became necessary following the injuries suffered during the weekend -end, by Jake Evans, Juraj Slafkovsky and Joel Armia. All three will be out indefinitely and will undergo further evaluation in the coming days.

Evans suffered a possible injury to his left knee when Brock Nelson fell on him late in the first period on Saturday night at Long Island. As for Armia (injured in the ribs by Jacob Trouba) and Slafkovsky (lower body, he did not finish the match), they were injured during the game against Rangers.

“We lose two guys [Evans and Armia] who play big roles in killing punishments. This is an opportunity to see if other players are able to board these chairs, “said the head coach of the Canadian.

This is the first recall of the season for Harvey-Pinard who last year played 14 games with the Canadiens, scoring his first NHL goal in the process.

“I I was looking forward to my turn. Things are going well right now in Laval,” said Harvey-Pinard, whose record shows 25 points (15 goals, 10 assists) in 37 games with the Rocket.

“When you come here, the mentality that you have to have is wanting to get a full-time position. Opportunities, there are not 40 in a career,” he continued.

Arvida's pride stressed that he will play well in tonight's encounter. However, Martin St-Louis did not want to advance on the official composition of his formation, still evaluating the possibility of betting on 11 attackers and seven defenders.

The final decision may rest on the state of health of Jonathan Drouin. The Quebecer did not take part in morning training in order to undergo treatment.

Still at the level of the medical check-up, the organization also announced that the name of Sean Monahan had been placed on the long-term injured list. A retroactive staff movement to December 6, possibly aimed at relieving the payroll of a few tens of thousands of dollars.

Pitlick, who has been commuting between Montreal and Laval since the start of the season, made move the ropes once in 14 games this winter with the Canadiens. With the Rocket, he has 22 points, including five goals, in 18 games.