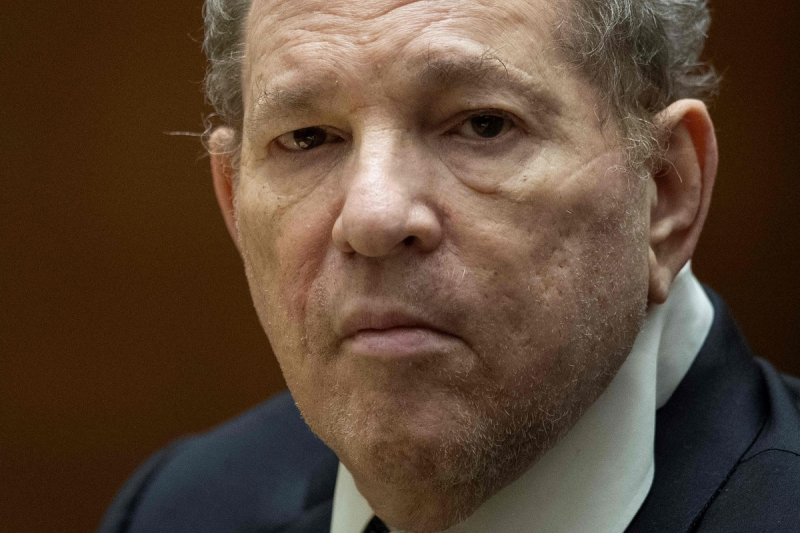 Disgraced ex-Hollywood producer Harvey Weinstein will be set Monday in Los Angeles on sentencing stemming from his second rape trial, which could jeopardize his hopes of ever regaining his freedom.

< p>The 70-year-old former “king” of cinema was convicted in December in the California megalopolis of rape and two sexual assaults, and faces up to 18 additional years in prison for these crimes .

In 2020, he had already been sentenced to 23 years in prison for similar acts during a trial in New York. After having suffered several refusals, he however obtained in August the authorization to appeal this conviction.

Claiming his “innocence”, he has already announced his intention to appeal the verdict of Los Angeles.

Harvey Weinstein, who produced award-winning films like “Pulp Fiction” or “The Artist”, fell from his pedestal after press inquiries in 2017 that accused him of behaving like a “predator sex in Hollywood.

These revelations had launched #MeToo, a global movement for the liberation of women's voices on gender-based and sexual violence.

In total, nearly 90 women, including actresses Angelina Jolie, Gwyneth Paltrow and Rosanna Arquette, accused him of harassment, sexual assault or rape. But the statute of limitations has been exceeded in many of these cases, some dating back to 1977.

During four weeks of hearings, they accused in great detail the producer of forcing them to have sex in hotels in Beverly Hills and Los Angeles between 2004 and 2013.

The prosecution portrayed Mr. Weinstein as an ogre whose stranglehold on Hollywood – the films he produced have received more than 330 Oscar nominations and 81 statuettes – has long kept his victims from speaking out for fear of career repercussions.

The defense denied any coercion, asserting that the relationship was consensual and mutually beneficial, while insisting on the lack of material evidence.

After two weeks of deliberations, the Jurors returned a mixed verdict: They found Harvey Weinstein guilty of rape and sexual assault on one of the plaintiffs, acquitted him on another and split on the final two, including Ms Siebel- Newson.

The ex-producer is also charged in the UK for r sexual assaults dating back to 1996.