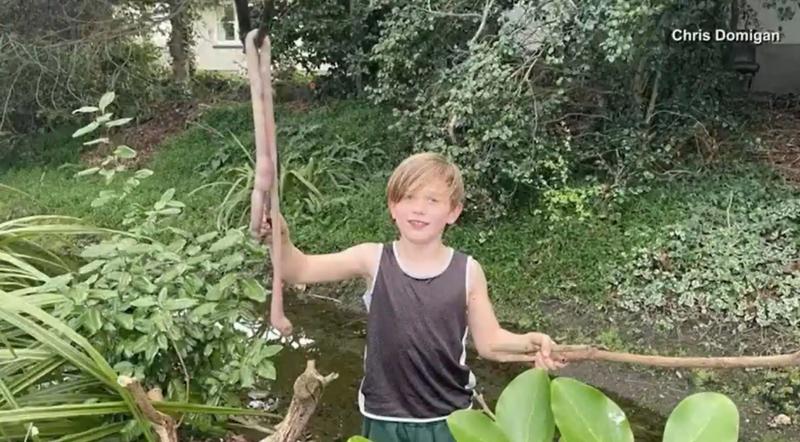 A New Zealand boy had the best day of his life after he discovered a giant earthworm in his yard.

Young Barnaby Domigan, 9, discovered it in his garden in Christchurch.

While his mother considers it a nightmare-worthy worm, the child was very proud of it.

He claims to like weird animals, and wrote the worm as cold and slimy.

After taking a memorable photo with the worm , this one was put back in the garden soil.

According to an expert it could be a very old species of earthworm, but it could not be identified .