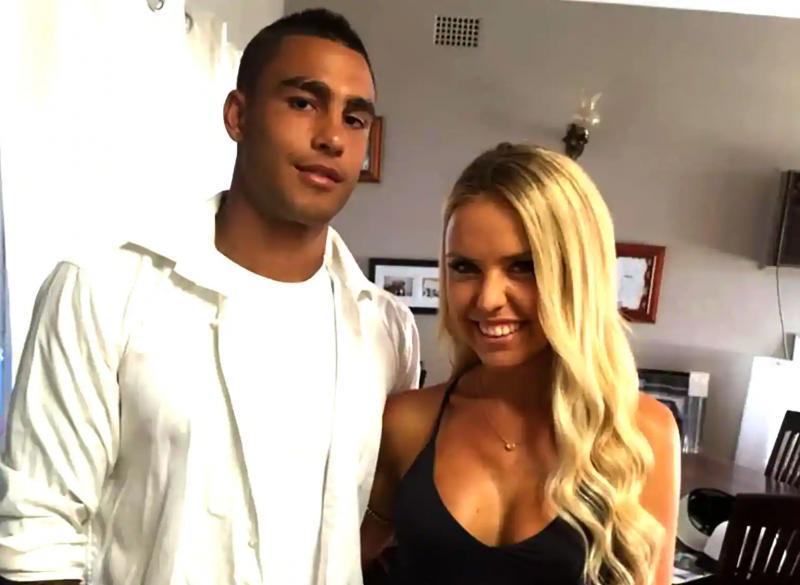 A rugby star in Australia nearly died losing 2.5 liters of blood after cutting himself while smashing a window during a fit of jealousy.

According to court documents, Michael Lichaa became enraged after catching his fiancée performing a sexual act on a teammate and friend, reports New York Post.

Lichaa, who played for the Canterbury-Bankstown Bulldogs, was acquitted of domestic abuse charges on Friday. His ex, Kara Childerhouse simply refused to testify against him.

However, the 29-year-old rugby player argued in court that the incident forced him to change his lifestyle … for the better.

At the time of the incident, he claims to have been intoxicated and to have consumed alcohol all after- noon until the next morning. When he discovered his fiancée with an ex-teammate, he threw open the front door window and seriously cut his arm.

“I’m going to f*** kill her!” heard the concerned neighbors who decided to call the police. After a statement from his girlfriend, he was charged with domestic violence.

During his testimony, he claimed the incident left him emotionally broken. “I can't get rid of the image of my fiancée performing oral sex on my best friend,” he said in court on Friday.

He took the witness stand in the afternoon and in a statement described by the judge as 'genuine and insightful' he detailed how it prompted him to seek counseling to take responsibility for his actions. < /p>

'I'm glad the truth is finally out,' he told NCA NewsWire outside court on Friday, thanking his legal team, family and new fiancee .

He detailed how he took advice, consulted a psychologist and a life coach to get his life back on track.

“I just want to put it all behind me now and get on with my life and enjoy the happy days ahead.”

Her ex-fiancé, Kara Childerhouse didn't want to participate in the proceedings anymore because she's pregnant and feared he would relive the stress of the incident.

The rugby player pleaded guilty to the lesser charge of destroying property related to a smashed window he hit during the incident . The judge refused to enter a conviction and imposed a two-year parole order on him.

Police camera footage obtained by NCA NewsWire showed the pools of blood in his house after he injured his arm. The court heard he had lost 2.5 liters of blood and his father Joe emotionally maintained that he had feared his son would lose his life.

The rugby player was taken to hospital and underwent surgery before being taken into custody and charged.