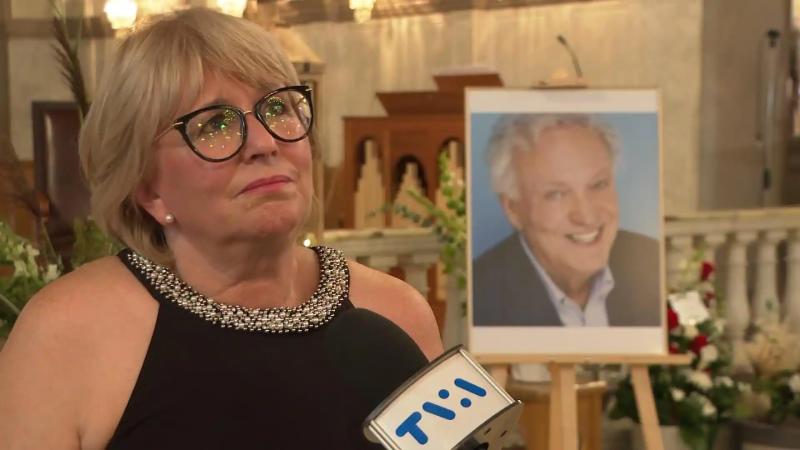 The funeral of host Pierre Marcotte was held at Notre-Dame-de-Bon-Secours Chapel in Old Montreal on Friday.

““Tonight, I am not the star, it is the lady who accompanies me.” He conquered me in very few words,” she says.

According to his family, Pierre Marcotte had a “serene” vision of death.

“He left in an elegant way”, underlines his spouse.

Mario Lirette, host and friend of Mr. Marcotte, was present at the funeral to underline the incredible career that his friend had.

“Pierre would have liked us to smile and have fun. We are sad to have lost him, but at the same time, he had a good life and he deserves a good salvation,” he said.