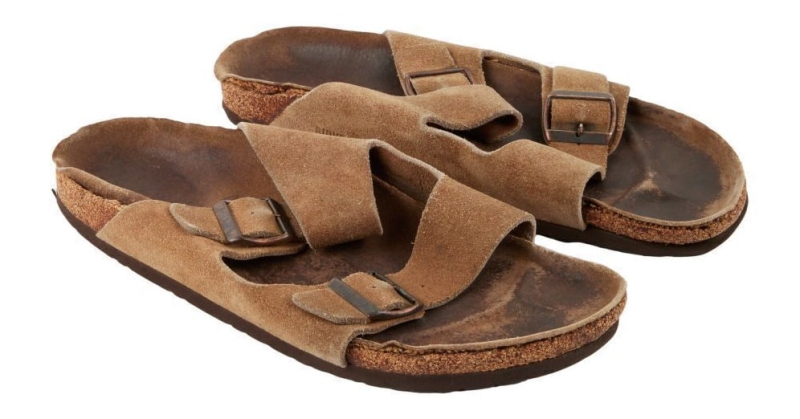 Emblematic of the Apple founder's look, Birkenstocks-brand sandals worn by Steve Jobs sold at auction for the tidy sum of US$220,000 (about CA$290,000), establishing the record high price ever paid for a pair of sandals.

The shoes sold for well over their estimated price of US$60,000-80,000 by the auction house Julien's Auctions.

In addition to getting their hands on the pair, the anonymous buyer also got a digital representation of the sandals in the form of a NTF.

According to the auction house, the sole of the Birkenstocks “retains the imprint of Steve Jobs' feet, which had been shaped after years of use.” The Apple designer reportedly wore them in the 1970s and 1980s.

Before they went on sale, the sandals belonged to Steve Jobs' former house manager, Mark Sheff, who had retrieved them from the trash.

“Steve Jobs changed the world not only with his groundbreaking innovations, but also with his style of business leadership and his way of wearing sandals” said Darren Julien, CEO and Founder of Julien's Auctions, in a statement. “These beloved Birkenstocks were worn by Jobs as he made history by creating the Apple computer and were the tech icon's signature.”