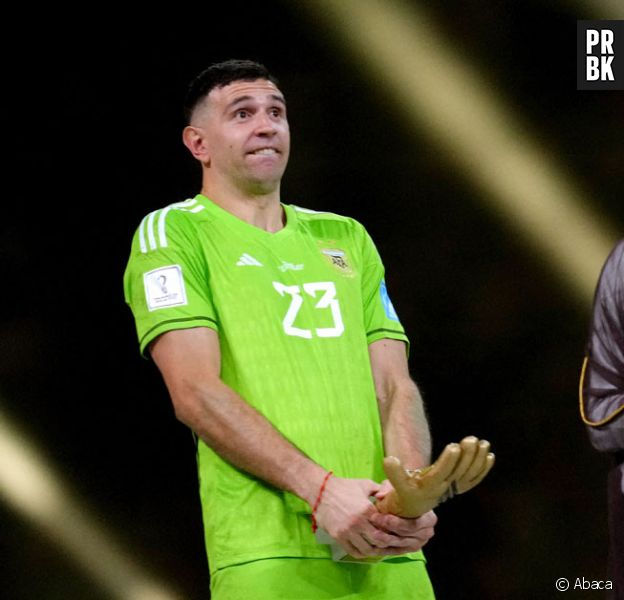 Goalkeeper Emiliano Martinez soon fired from his club because of his behavior at the 2022 World Cup? If the Blues did not win the 2022 World Cup final against Argentina, the players of Lionel Messi's team shone… with their disgusting behavior. On the front line, goalkeeper Emiliano Martinez cringed. His behavior on the field and during the celebrations in Buenos Aires has angered a lot of people… starting with the coach of his club, Aston Villa. According to rumors, he would even be threatened with departure.

On December 18, the French team lost to Argentina in the World Cup final after a crazy match, marked by a hat-trick from Kylian Mbappé and an unsuccessful penalty shootout. to our Blues. As soon as the trophies were handed over, the Argentine goalkeeper, Emiliano Martinez, made people talk with an obscene gesture, in response to the French according to him.

< p>And it didn't stop there! During the celebrations in his country, he provoked Kylian Mbappé under the eyes of Lionel Messi, the latter's teammate at PSG. Subsequently, he also openly criticized Aurélie Tchouameni. So many provocations that annoyed the French: an RMC columnist even insulted the Argentine player with shocking comments about his mother.

Emiliano Martinez sold as soon as possible after the Cup of the World?

His attitude irritated a lot of French supporters, but not only. According to the Spanish site Fichajes, Unai Emery (the coach of his club Aston Villa in the Premier League in England) would not have really appreciated the behavior of Emiliano Martinez after the World Cup either. Arrived in the club last October, the coach would have given himself a mission for the beginning of 2023: get rid of the world champion as soon as possible.

< p>Despite his title of best goalkeeper of the 2022 World Cup, Emiliano Martinez would therefore be in the hot seat and could be sold soon. “Emery is not impressed with his temper“explains the Spanish site, which adds that the coach would like to replace him with Yassine Bounou, the goalkeeper of the Moroccan team who is currently playing at Sevilla FC. Information to be taken with a grain of salt for the moment. Unai Emery does not is not publicly expressed on the subject, apart from confirming that Emiliano Martinez will return to Aston Villa next week, after some well-deserved rest.

This former player smashes the goalkeeper of the Argentina

In any case, the attitude of the Argentine goalkeeper continues to be debated Interviewed by the Daily Mail, Graeme Souness, ex-soccer player and former captain of the Scottish team, smashed. “I can accept some things but only up to a point. We should talk more about the obscene gesture he made after receiving his trophy as the tournament's best goalkeeper. Are there really people who enjoyed seeing this? Martinez put himself and all of Argentina to shame. If that's why he wants to be remembered, then my God…” he said.