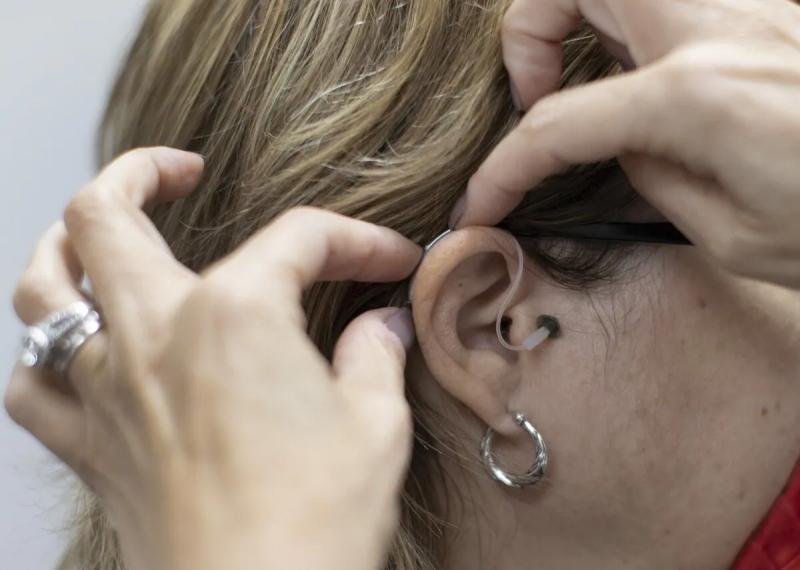 Within two months, the purchase of hearing aids intended for mild to moderate hearing problems will be possible directly in stores without a doctor's prescription in the United States, health authorities announced on Tuesday. country.

This approach should make it possible to promote competition between manufacturers, in order to stimulate innovation and bring about a drop in the price of these devices, according to the authorities.

The American Medicines Agency (FDA) has finalized these new regulations creating a new category of products, which can be sold to people over the age of 18 without a medical examination (hearing test) or adjustments with a hearing aid professional. It will take effect in 60 days.

Hearing aids cost an average of $5,000 a pair in the country, and are often not covered by health insurance.

The White House estimates that this action will reduce the cost of a pair by some $2,800.

“As of mid-October, Americans will be able to purchase more affordable hearing aids directly from pharmacies or stores across the country,” President Joe Biden said in a statement.

These appliances sold in self-service must respect volume limits in order to prevent people using them from injuring themselves. There is also a limit on how deep they can be inserted into the ear.

Devices designed for more serious hearing problems or for children will remain prescription.

About 15% of American adults, or more than 37 million people, report having hearing problems, according to the FDA.

“Hearing loss has a profound impact on daily communications, social interactions, and the health and quality of life of millions of Americans,” Robert Califf, the head of the FDA, adding that his wife could be one of the first customers for this category of devices.

Hearing loss can be caused by different factors, such as aging, exposure to excessively loud sounds or other medical reasons.

The FDA has emphasized that these hearing aids should not be confused with listening amplifiers, and that the difference will be well specified between the two products. Listening amplifiers are intended for people who do not suffer from hearing problems, for example for activities such as hunting.