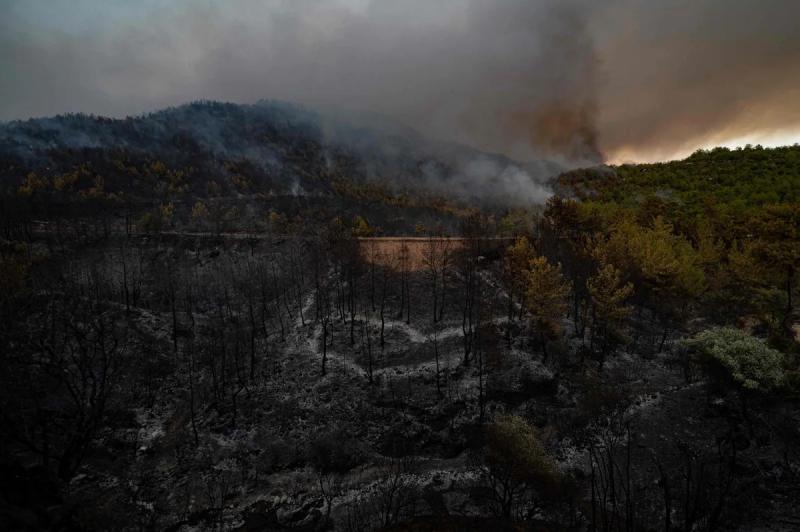 The heatwave and drought currently hitting Europe are exacerbating the risk of fires as well as ozone pollution, the European climate change service Copernicus warned on Tuesday.< /p>

Ozone forms when emissions from fossil fuels and other human-made pollutants, such as cars, react to the presence of sunlight. It is a major greenhouse gas and a component of urban smog, which harms human health and inhibits plant photosynthesis.

“The potential impacts of very high ozone pollution on human health can be considerable, both in terms of respiratory and cardiovascular diseases,” explains Mark Parrington, scientist of the Atmosphere Monitoring Service at Copernicus.< /p>

According to him, high levels of surface ozone can cause sore throats, coughs, headaches and an increased risk of asthma attacks.

Ozone is also a concern major impact on agricultural regions and food security.

If the situation should improve in the Iberian Peninsula, ozone levels Very high surface concentrations could “affect northwestern regions over the next few days.”

Ozone concentrations “are expected to peak between July 18 and July 20 before declining.”< /p>

In the south-west of France, two fires m Assifs have destroyed entire swaths of forest as well as campsites.