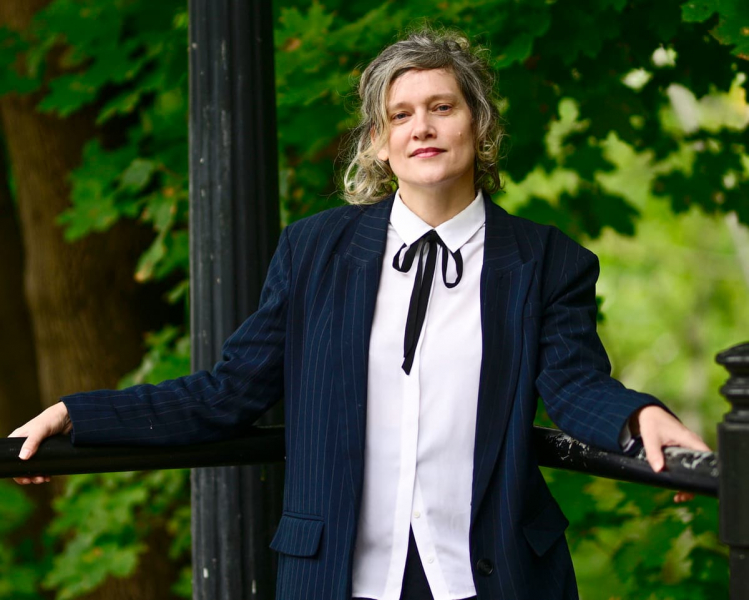 A true magician of words, award-winning writer, critically acclaimed in English and French, Montrealer Heather O'Neill invites her readers (true fans!) to follow the adventures of two young girls in Victorian Montreal in his new novel, Losing Your Mind. Marie, the spoiled child of a sugar baron, meets the dark Sadie in 1873, a girl from a poor neighborhood. Against all odds, they will play an unexpected role in events that will upset their city.

In 1873, Marie Antoine, a spoiled and charismatic child from the Golden Mile whom all adults admire for her whimsical remarks, meets Sadie Arnett, who comes from a working-class background. Between them is born a strong, but tumultuous friendship: the girls play increasingly dangerous games. To the point where one day, they will have to be separated.

Each on their own, the girls go through adolescence, in their own way. Marie Antoine seeks pleasure and luxury, but discovers that children are working in her family's refinery. Sadie, sent to England after a tragedy, starts writing and then returns to Montreal to discover a disreputable neighborhood where the working class is preparing a revolution.

Heather O'Neill loved immersing herself in Montreal at the end of the 1800s to write this colorful novel, full of surprises, beautifully written, whose French translation is by Dominique Fortier. “It was a very interesting time. I found that there was not much written about the Victorian era. There was a lot of written business that came from Europe, but there was a lack of literature that took place in Montreal,” she explains, in French, in an interview.

“I found that for the Golden Mile neighborhood, it was easy to research the buildings, the neighborhood, the events that happened. But what was difficult was to recreate the neighborhood that I created, and which I called in my book the sordid Mile, because it was a neighborhood built very quickly, very painfully, where poor people, immigrants who came from Ireland or Russia, all lived there.”

“It was difficult to find everything about this district. I sought. I looked in museums, looked for details to reproduce it. But I found so many wonderful details: I read somewhere that there was a bear dancing in an alley, for children.”

It's a story that has gone, she notes. “But when I looked for it, it was so alive! There is a theatrical aspect. It was interesting for me and every time I found a new detail, it gave me joy, because it was like a little seed that would then grow.”

Heather O'Neill speaks friendship between women, industrialization, power and social classes in his novel. “At that time in Canada, 75% of the wealth was owned by about 50 guys. It was the workers and the women who worked for them who really built Montreal. It was at this time that the city was built.