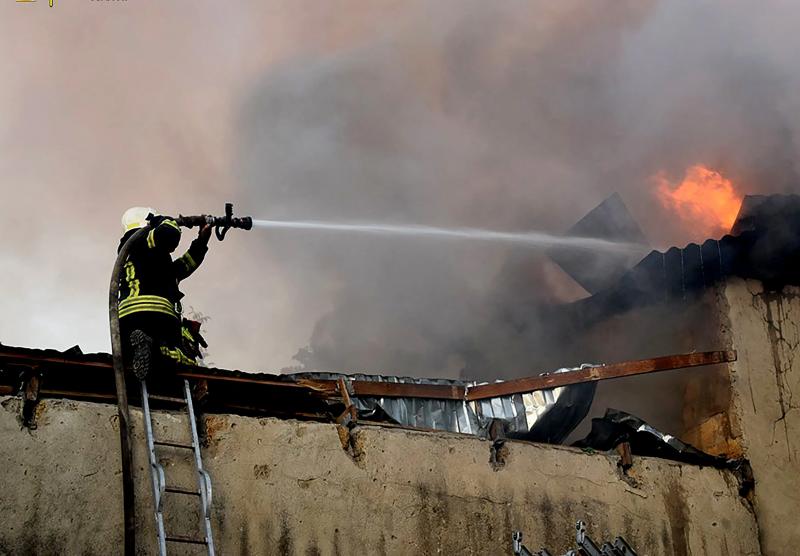 The city of Mykolaiv in southern Ukraine was the target of massive Russian bombardments, probably “the strongest” since the start of the war in February, which left two dead, authorities announced on Sunday.

“Mykolaiv came under heavy shelling today. Probably the loudest so far,” city mayor Oleksandr Senkevych wrote on Telegram, noting that “powerful explosions” were heard twice during the night from Saturday to Sunday.

< p>The governor of the region, Vitali Kim, reported two deaths, a couple of civilians, in these strikes.

Other strikes hit the regions of Kharkiv (east) and Sumy (north-east).

Some buildings were damaged in “a series of explosions” in Kharkiv, announced the mayor of the second Ukrainian city, Igor Terekhov.

A person was killed and two injured in the Sumy region which has been the target of “more than 50 strikes” in the past 24 hours, according to Governor Dmytro Zhyvytsky.

Pavlo Kyrylenko, Governor of the Donetsk region , where Moscow is concentrating the bulk of its attacks, said three civilians were killed and eight injured in shelling on Saturday.

Ukrainian President Volodymyr Zelensky on Saturday evening called on the population to evacuate the Donetsk region in the east of the country, whose towns are the target of deadly bombardments, to escape “Russian terror”.

“Hundreds of thousands of people and children are still in the areas of fierce fighting from the Donetsk region (…) The more people who leave the Donetsk region now, the less the Russian army will kill,” he said, assuring that a government decision on the “compulsory evacuation” of the region had been taken.