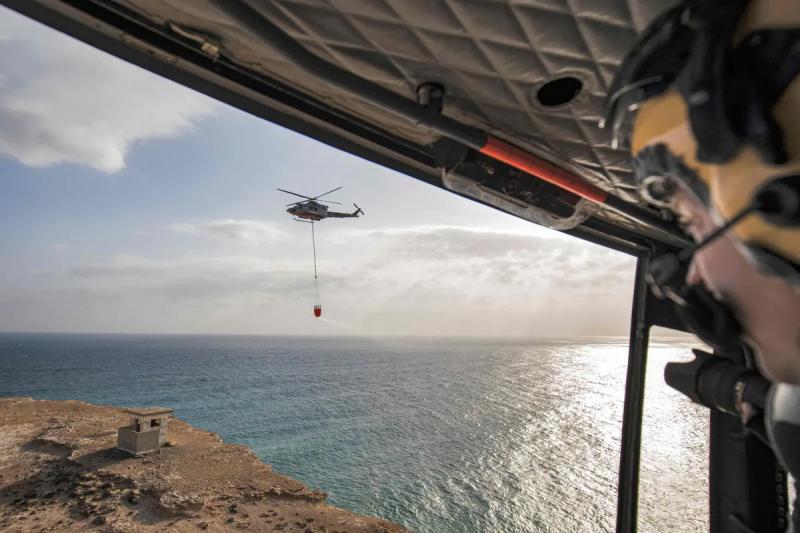 One person is missing and two others were seriously injured after their helicopter crashed in the Aegean Sea on Wednesday afternoon while assisting in a forest firefighting operation on the island of Samos, said a new report from the Greek coastguard.

“The Romanian pilot of the helicopter was found safe and sound by the Greek coastguard off Samos and transferred to the hospital on the island,” a coastguard official told AFP.

But “two crew members, a Romanian and a Moldovan were spotted unconscious in the water and resuscitation efforts are still ongoing,” she said.

The fourth member of the crew, a Greek, is missing and a coast guard rescue operation was underway to find him.

The helicopter “was assisting in the fight against a forest fire in Samos,” said a fire department official.

This forest fire broke out on the island around 2:00 p.m. (11:00 GMT) and three helicopters and five planes supported by a fifty firefighters began to fight the flames.

Strong winds of over 7 on the Beaufort scale (which has thirteen degrees) are blowing through the region as the temperature reached nearly 30 degrees Celsius on Wednesday.

Greece is almost all summer the prey of often violent forest fires.

To strengthen its means after the devastating fires of last summer which killed three people and ravaged 130,000 hectares, the Greek government asked, within the framework of the European Civil Protection Mechanism (MEPC), to its European partners to preventively deploy firefighters this summer from several Member States.

Thus, since July 1, 250 Romanian, French, German, Bulgarian, Finnish and Norwegian, have started to be deployed successively across the country.

Dozens of small and medium forest fires have broken out in recent weeks in Greece, fanned by strong winds and temperatures of more than 30 degrees Celsius without however making re victims so far.